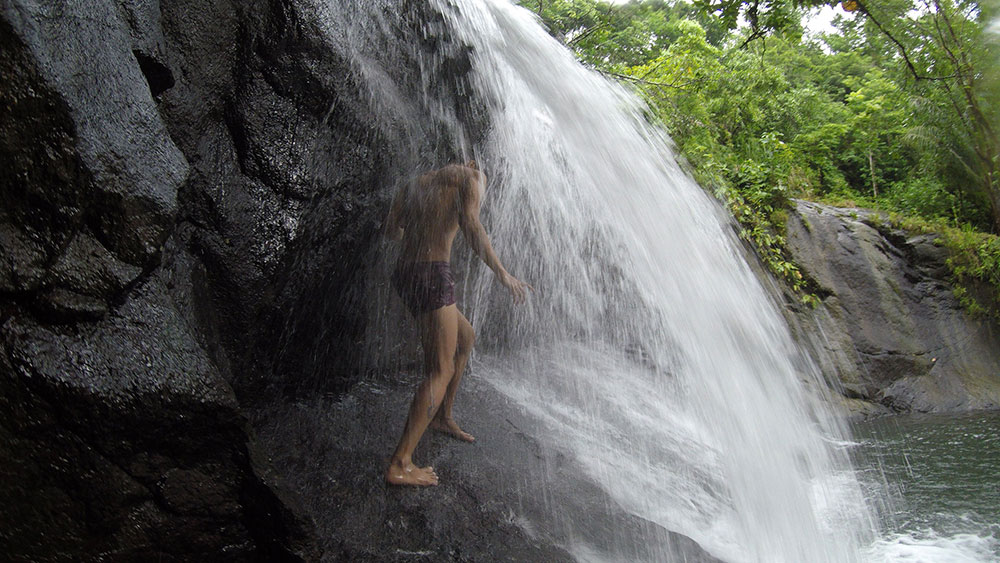 Following our quickie (which didn’t feel like one, by the way) in Hinugtan Beach, we made our way from Alegria, Aklan to Sebaste, Antique in two tricycle rides and one bus ride within two hours. From there we hopped on one more tricycle and arrived at the jump-off point to Igpasungaw Falls around three o’clock.

Reaching Igpasungaw Falls is easy-peasy because Sebaste is accessible by buses from Caticlan, Kalibo, and Iloilo. Our transportation was unconventional because we had a jam-packed weekend itinerary and couldn’t afford to wait for one. We had to keep moving, just like in life. (YEHES!)

Like other regulated tourist attractions, registration is required before the chase can commence. It drizzled as we started the hike but it was over before we even thought about turning on our heels. Rivers will have to be crossed along the way and ropes may be necessary to avoid literally going with the flow. We arrived at our first stop in roughly 30 minutes. 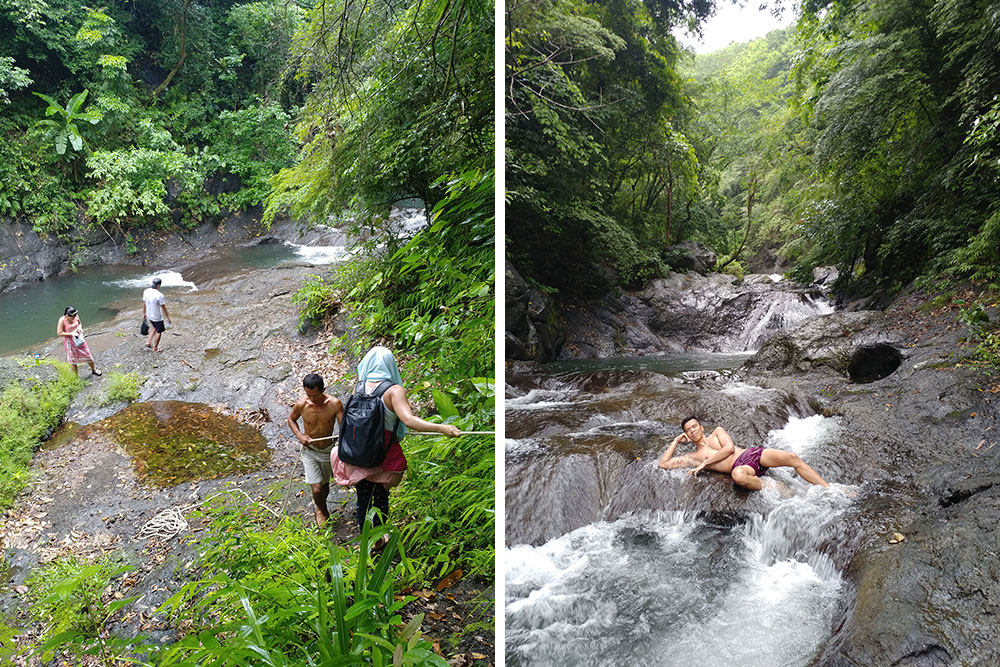 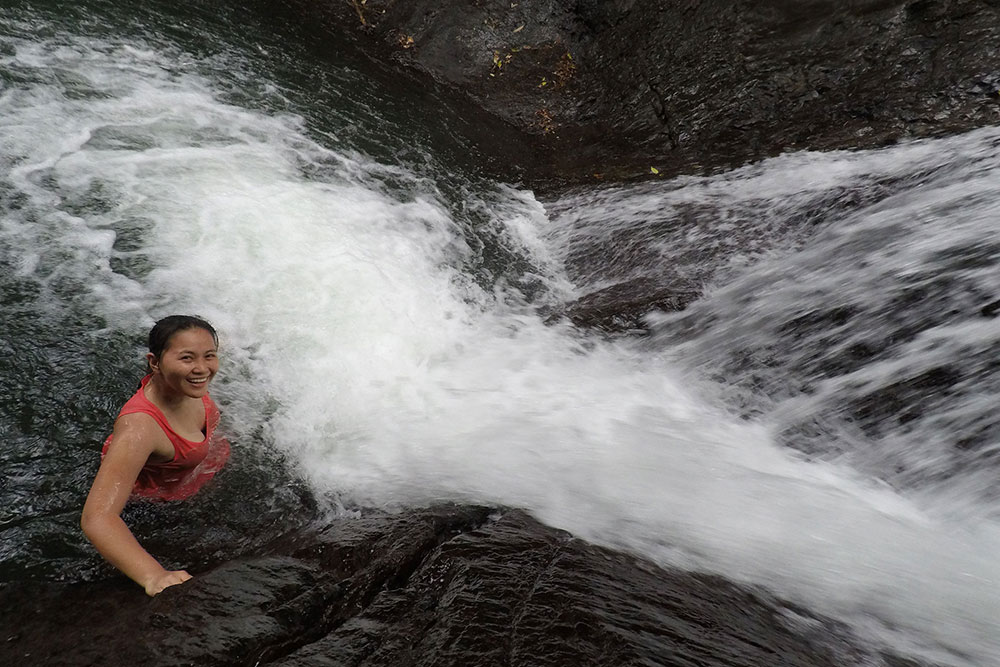 After acclimatizing to the water, we headed off for 15 minutes to the next stop, where I realized how worthwhile the visit was. 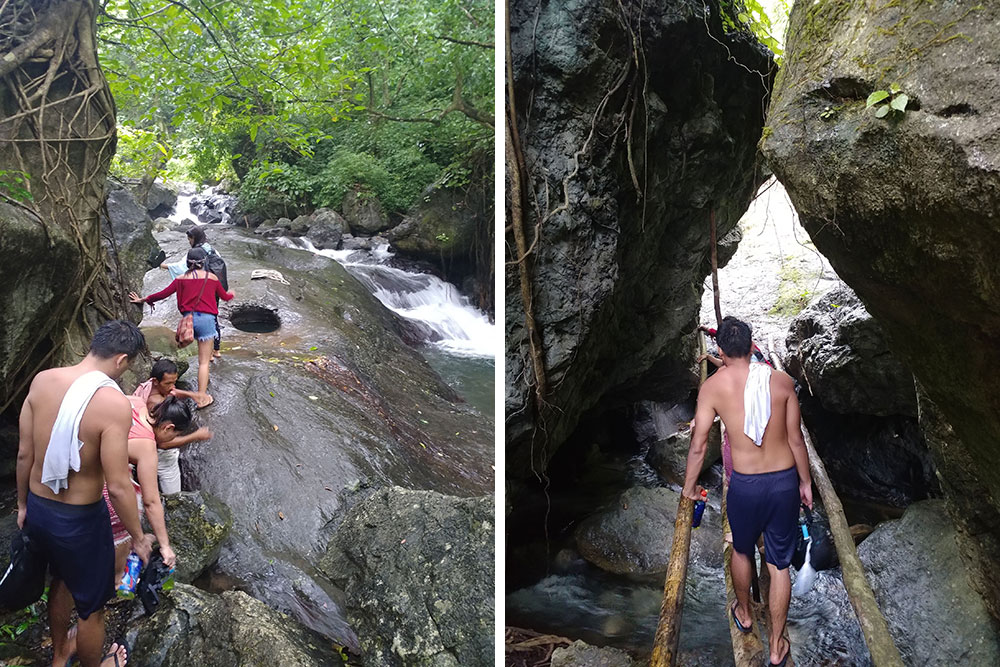 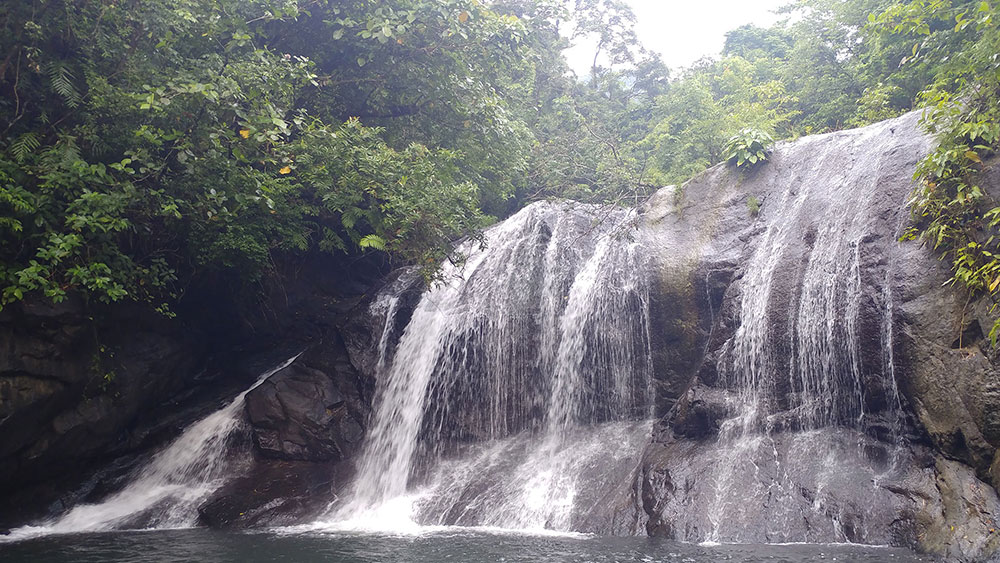 There’s no better background for a group photo. 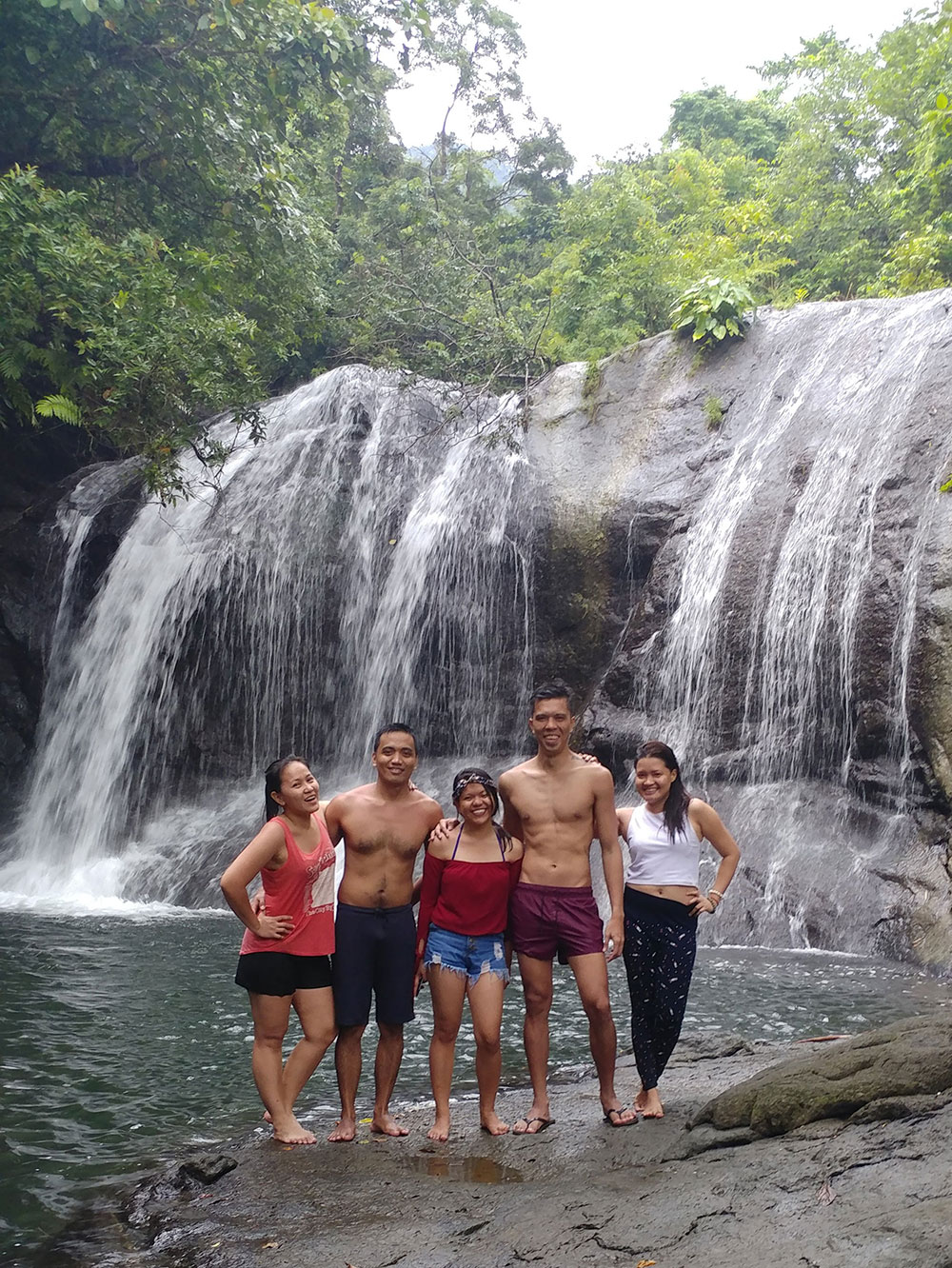 If you have an eagle eye (which I doubt), you must’ve noticed that it’s the waterfall in the topmost photo. That’s right, it’s possible to go behind it. Of course, it could be very slippery so extreme caution should be taken. If ever you fall—in the same way you fell for someone who didn’t reciprocate your feelings—don’t go against gravity and just plummet into the water, like what my classmate did. 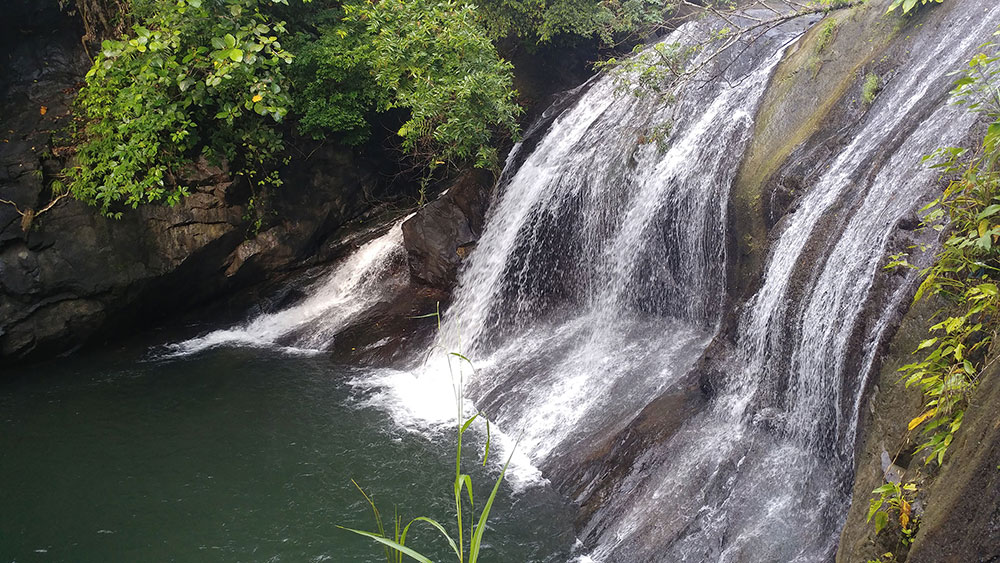 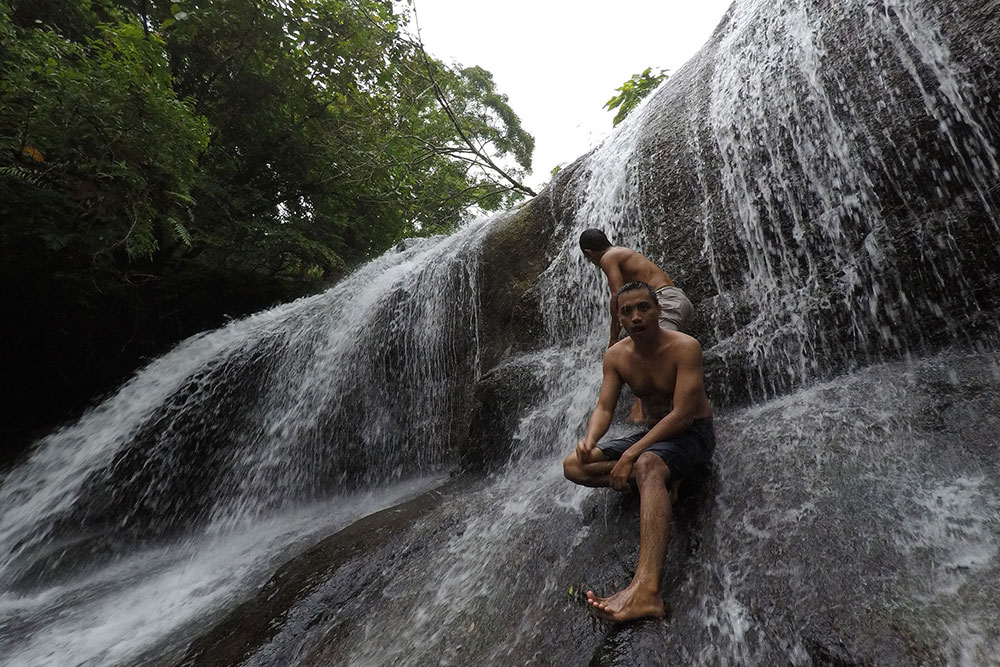 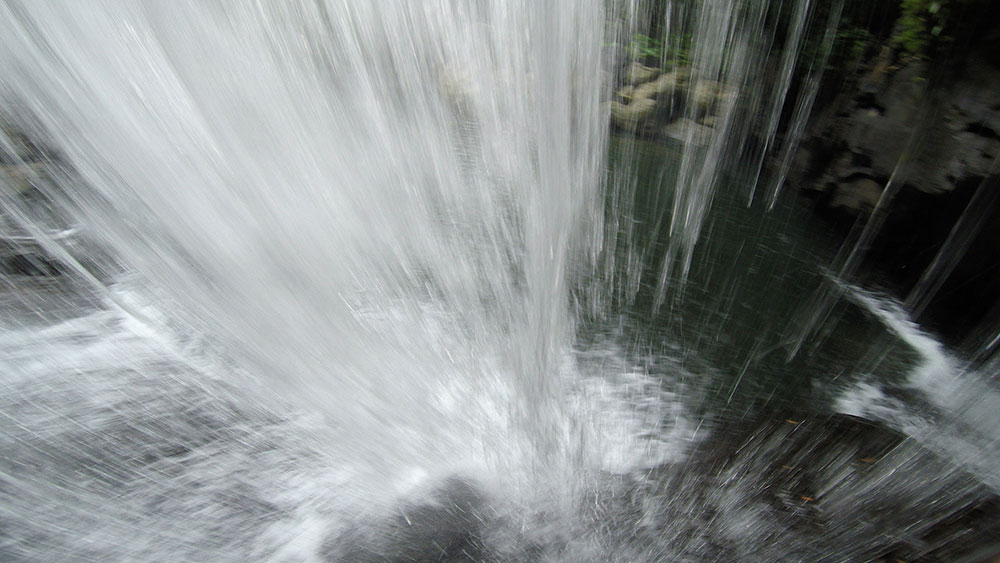 We arrived at our last stop, where a wide pool was sitting, waiting to be disturbed, in less than 10 minutes. I guess this would have to be what everyone considers as the Igpasungaw Falls. 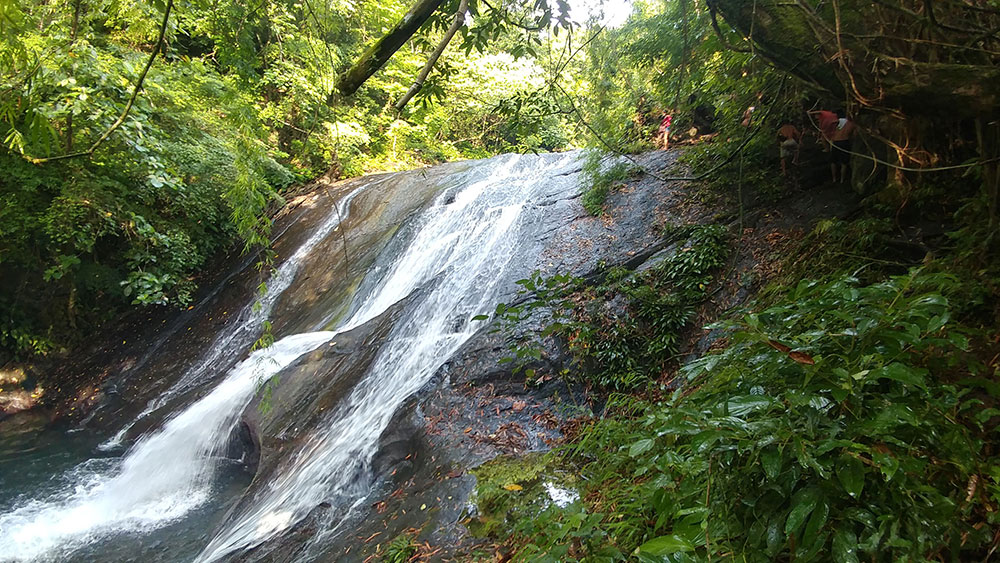 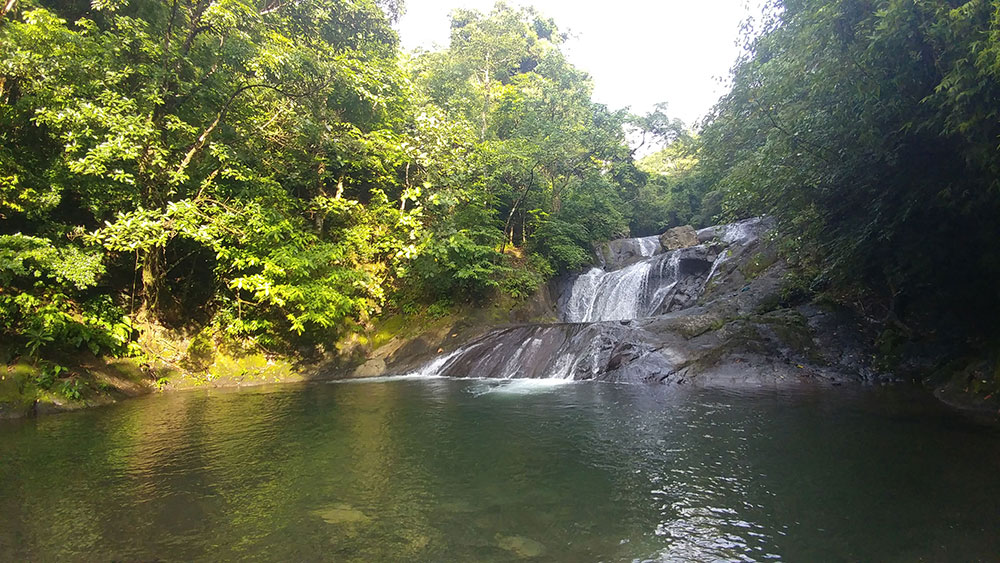 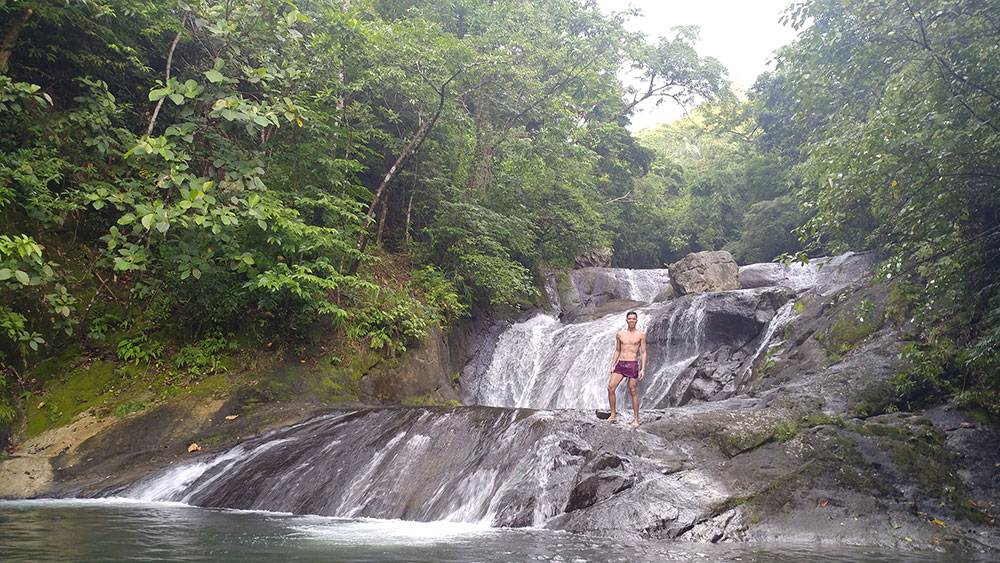 Sliding down (if you can slide up, do let me know) the first two waterfalls was no trick, but before we did it we walked a tad further to check what was around and, well, immortalize the experience in photos. 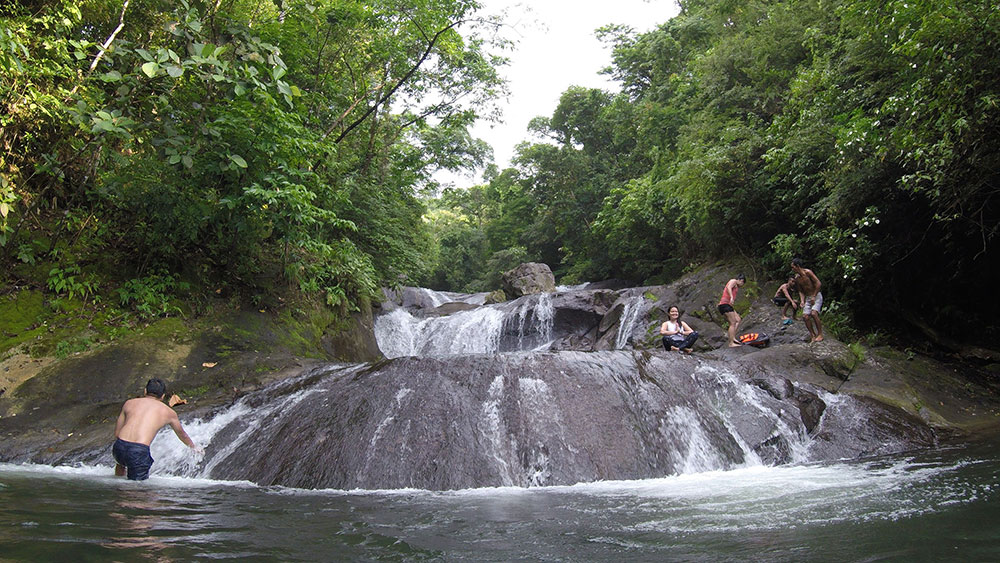 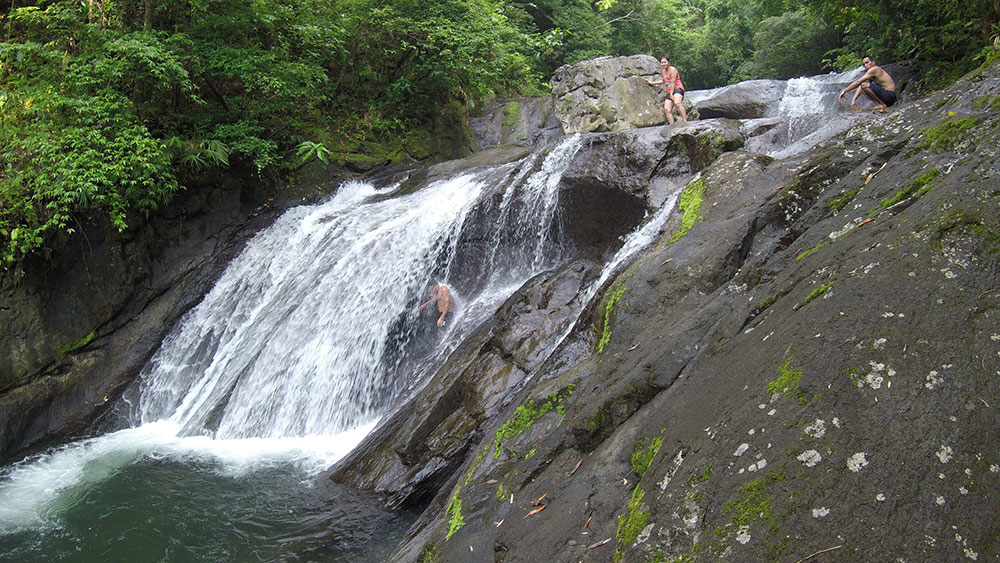 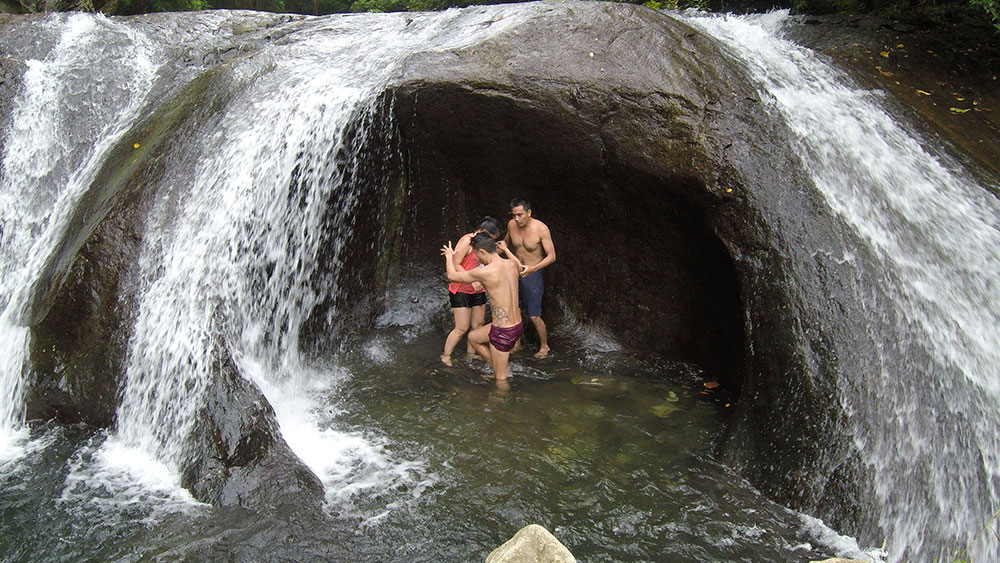 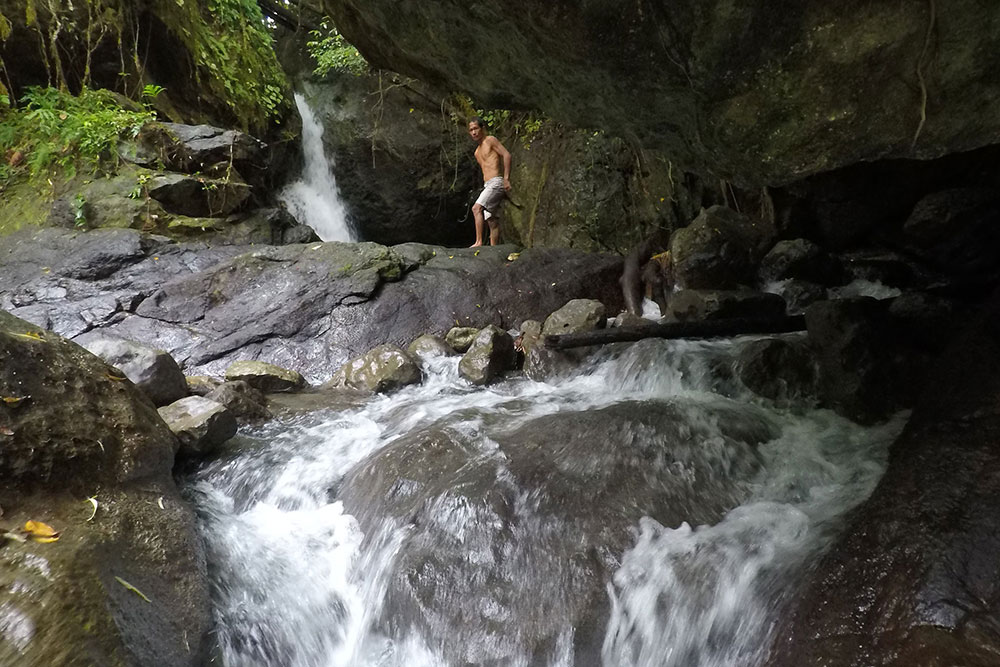 Who doesn’t want a massage, right? Although it was such a shame there was no extra service. 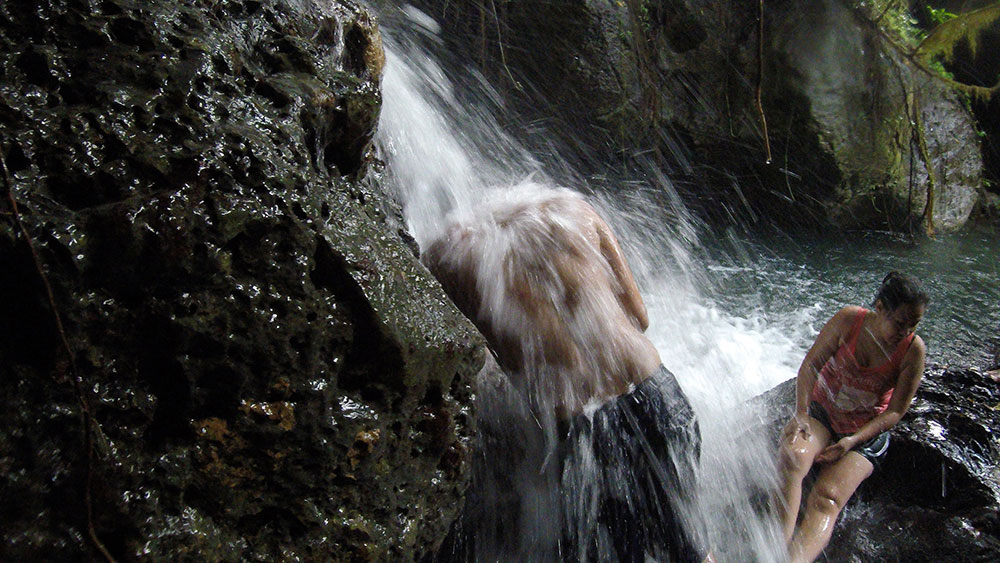 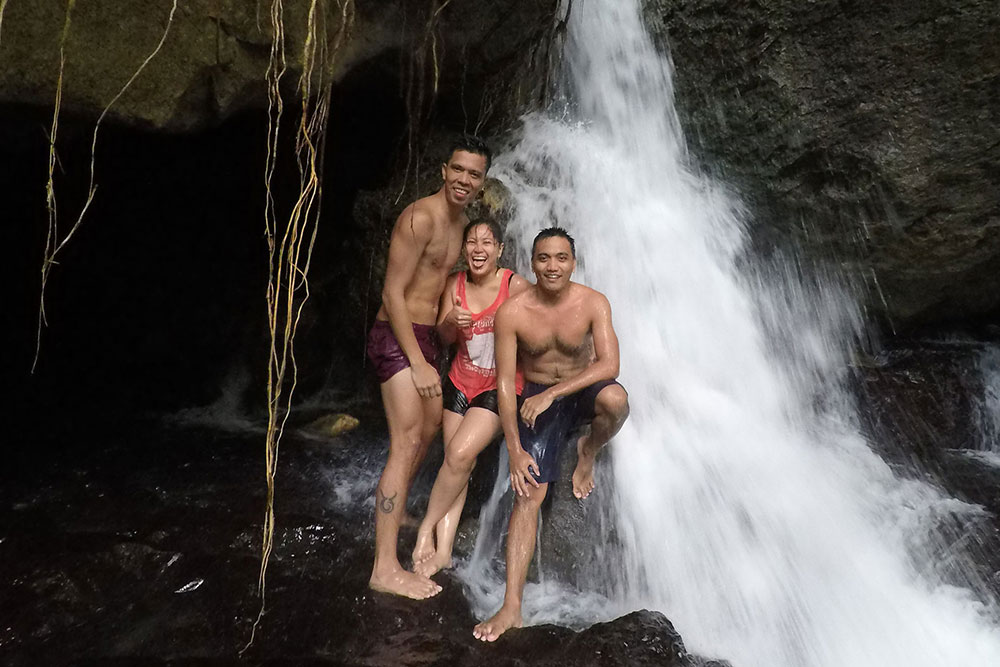 And then it was the moment of truth. Could I be contemplating about my decisions in life here, thinking that it may not be too late? 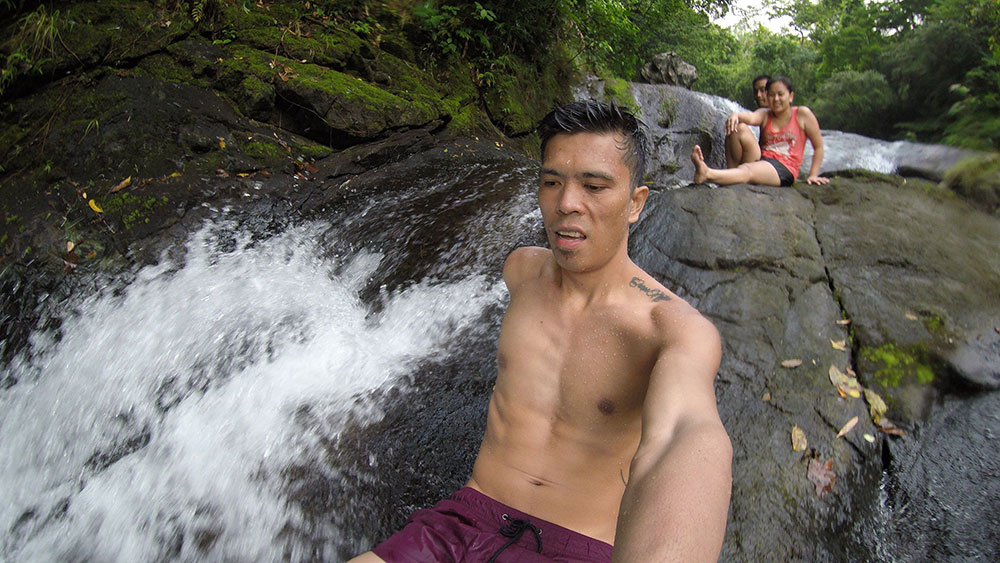 And then it was too late. There was a bubbly light, and I thought I was done for. (Nah.) 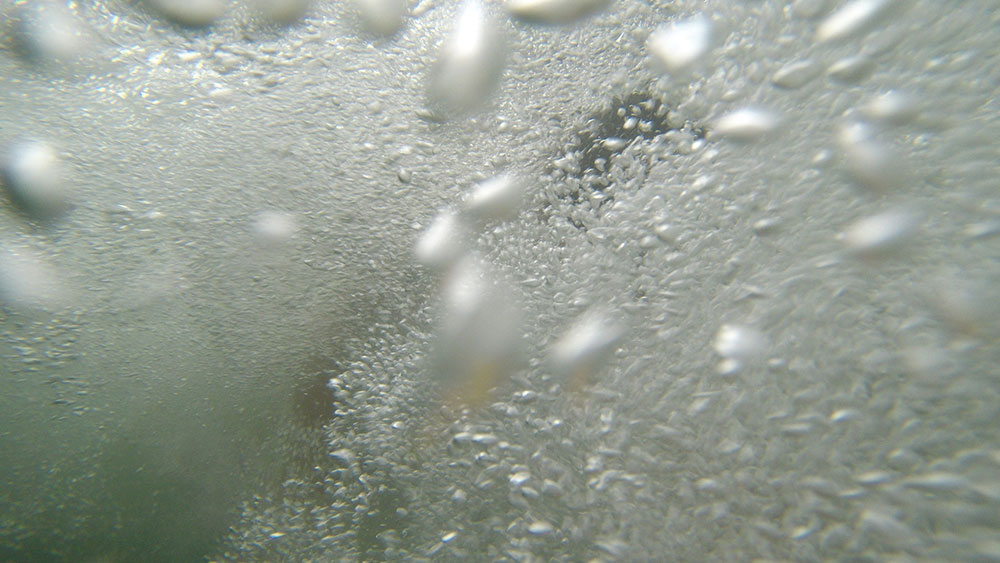 Being the #influencer that I am, I wasted no time in shouting at the other two, telling them that there’s no point in delaying the deed. 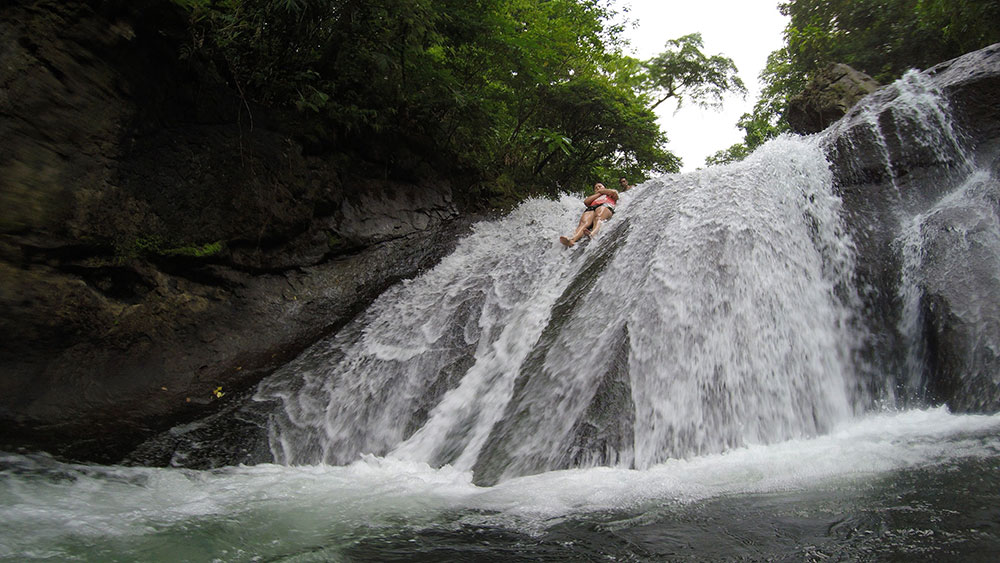 We slid together side-by-side on the next one, leading to the photo below which is quite reminiscent of the one we had in Guimaras while in the middle of the ocean. 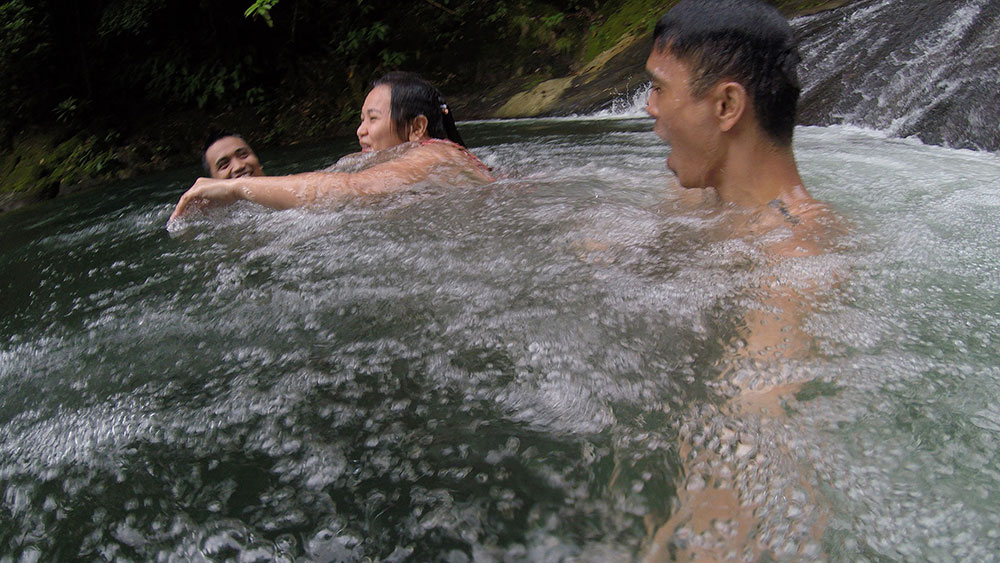 We had the place to ourselves but my hunch told me that it gets crowded on perfectly sunny days especially in the morning. In any case, start early so you can wallow in the waters all day and have all the stopovers that you want. It’s an easy trail and your only adversaries are the slippery rocks and current when crossing rivers. If it’s raining or rained recently, that’s gonna be another story. The cascades when we were there were not at their mightiest but I’d say that the torrent doesn’t dictate how much you’ll have fun. Besides, the pools were just too good.

The cost of the tricycle ride to and from the jump-off point was ₱500 and has been excluded because our final destination was Culasi. Haggle if you’re only going back to Sebaste.