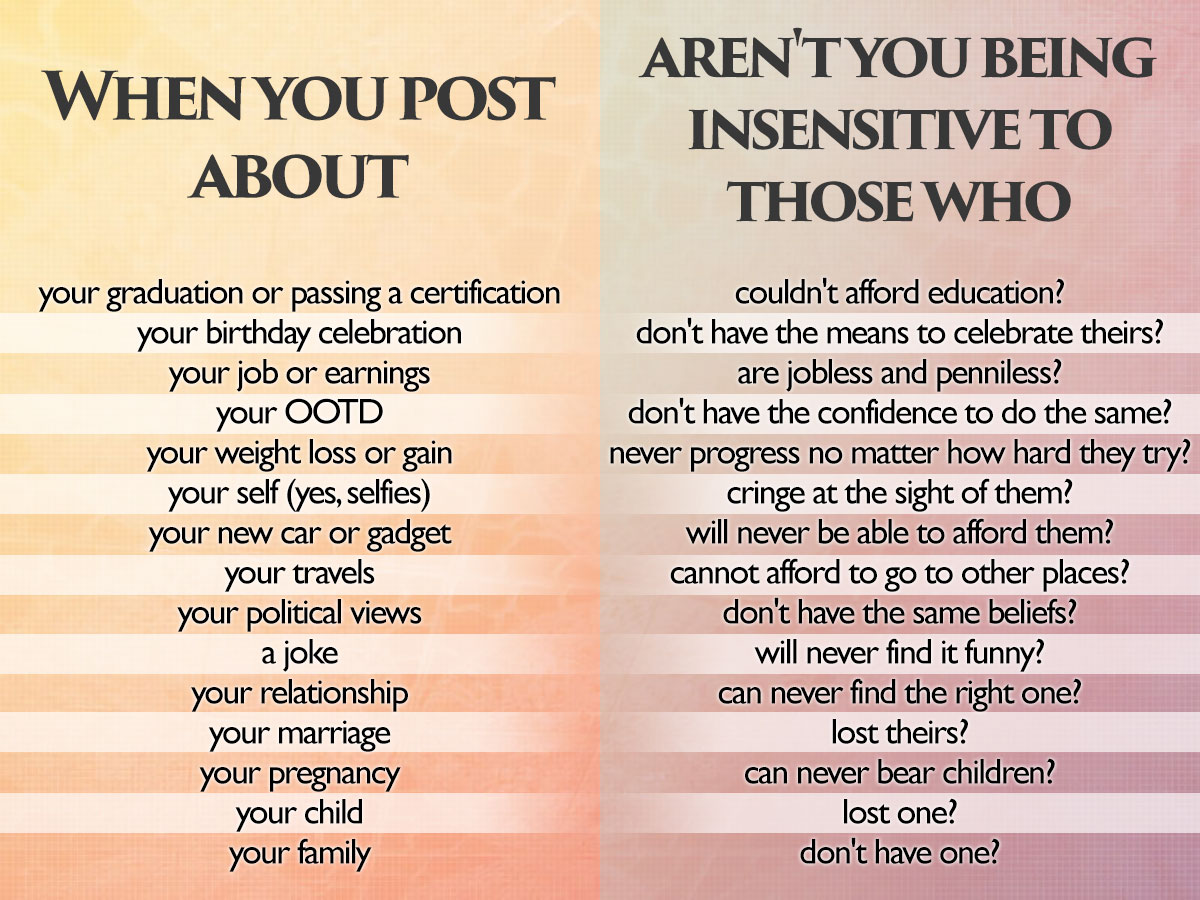 In the past couple of days I’ve been posting photos of being on a trip and of course I knew that people will have something to say (we always do). I’m a ZFG guy but this claim was blown to smithereens when someone messaged me: “at talagang pinangangalandakan mong nakakagala ka pa tsss”

Okay, so I guess that makes me insensitive. But if you find yourself on the table above, aren’t we all on the same page?

And if I’m being such an asshole, I could retaliate even further.

But I’ll never do that. Point is, to each his own. Everyone has their reason why they post on social media. Most of them are essentially on accomplishments that don’t necessarily translate to showing off. In my case, it has always been so that I (and those who I’ve been with) will always have something to look back to. Memories deteriorate and storage devices will eventually fail, if not lost. But social media can last longer, if not forever.

You can never please everyone. If you can’t stand other people’s posts, joke’s on you, other people can’t stand your posts, too. It’s fundamentally the same as hating someone so much even if that someone didn’t do anything to you and probably doesn’t even know you at all. We live in a biased world. We adore celebrities down to their last strand of hair but at the same time we find the slightest faults in other people.

And for the record, I’m just at home like everyone. A simple Google search would’ve confirmed that, like the rest of the world, there are no flights in and out of that country right now.

Sure, I am insensitive. Fortunately, so are you.