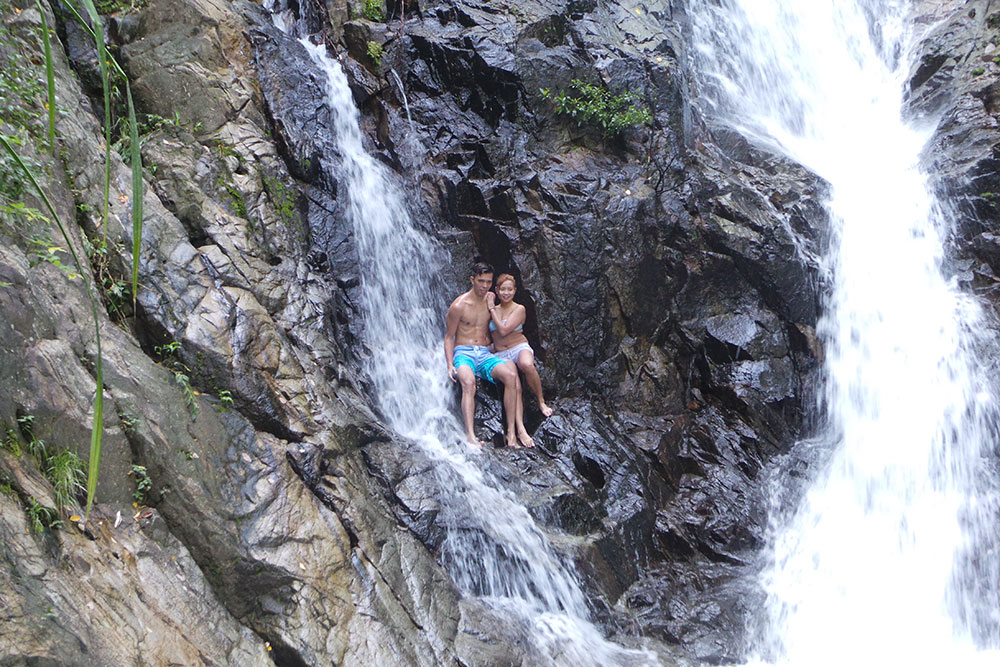 For having only two bottles the night before after our El Nido island hopping, we were on the road and back to our senses before seven o’clock and in around 25 minutes were already parked to start the hike to Nagkalit-kalit Falls. The entrance fee and tour guide cost us ₱770. Doing the math necessitates the counting of our heads in the foregoing post or carrying on. 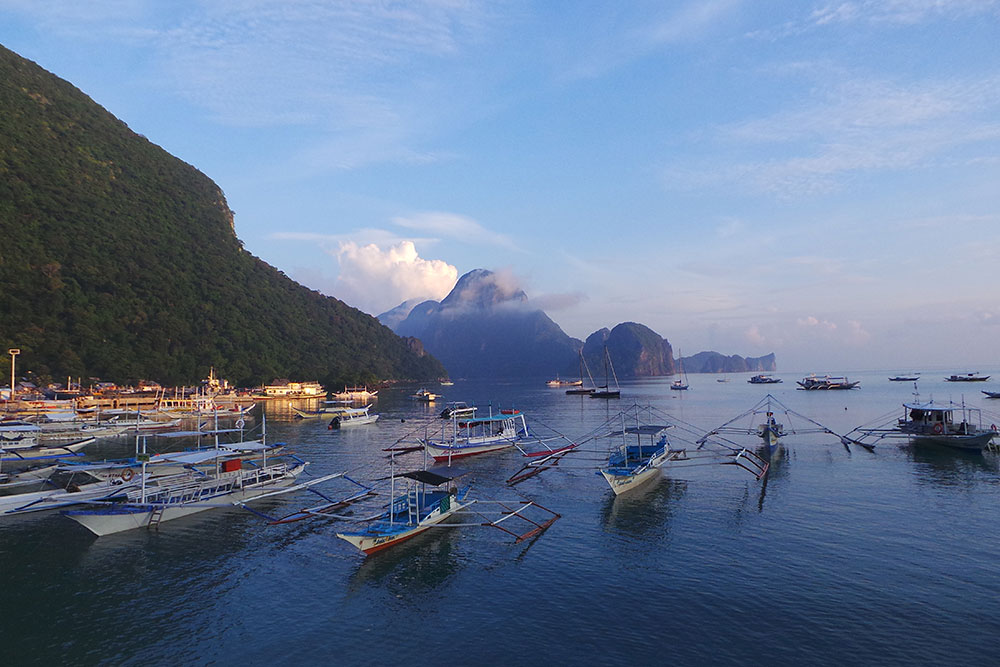 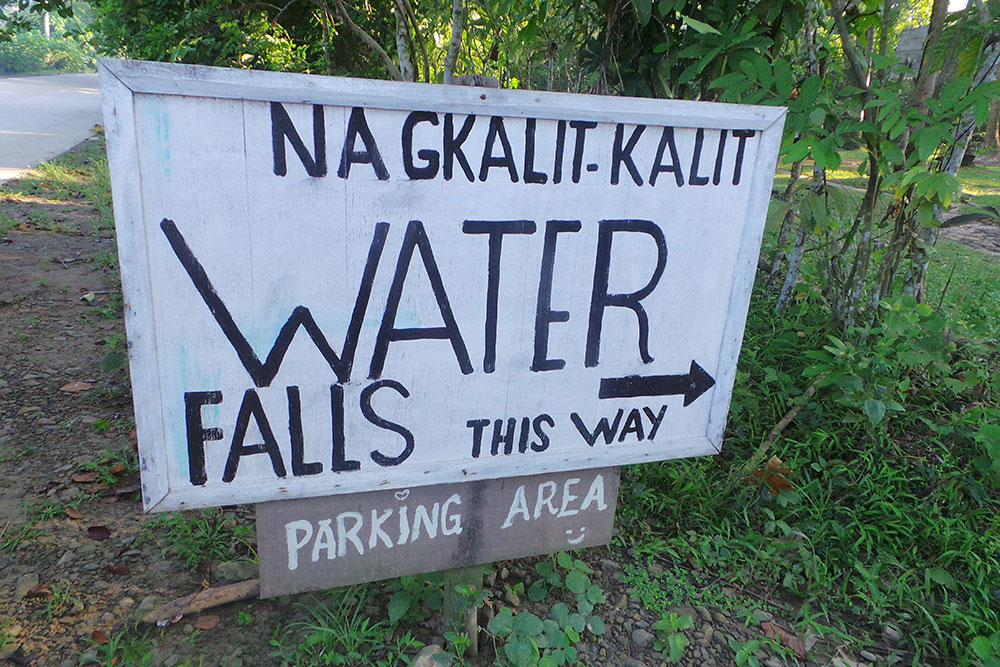 Rivers will have to be crossed so you might wanna ditch those shoes (but not the red dress!). I have my reasons, so along the way I was putting on some sunblock. #reasons #defensive 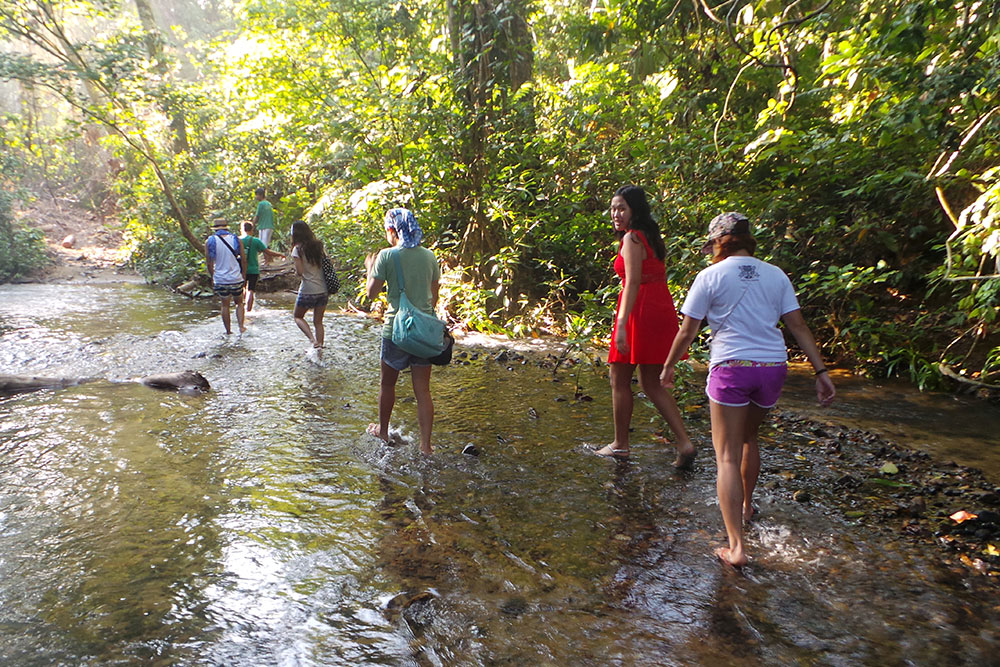 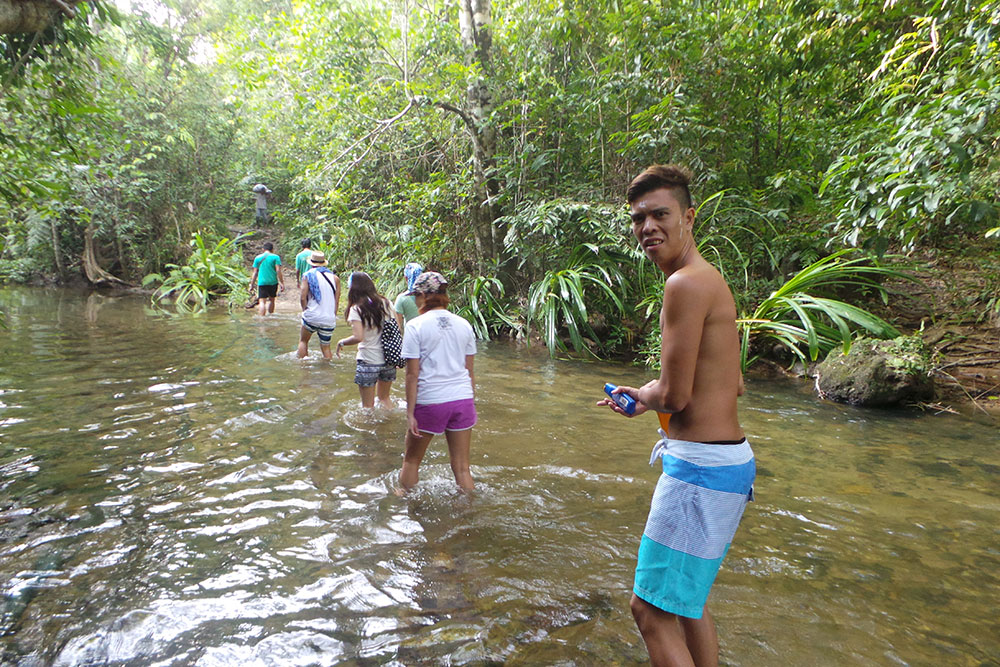 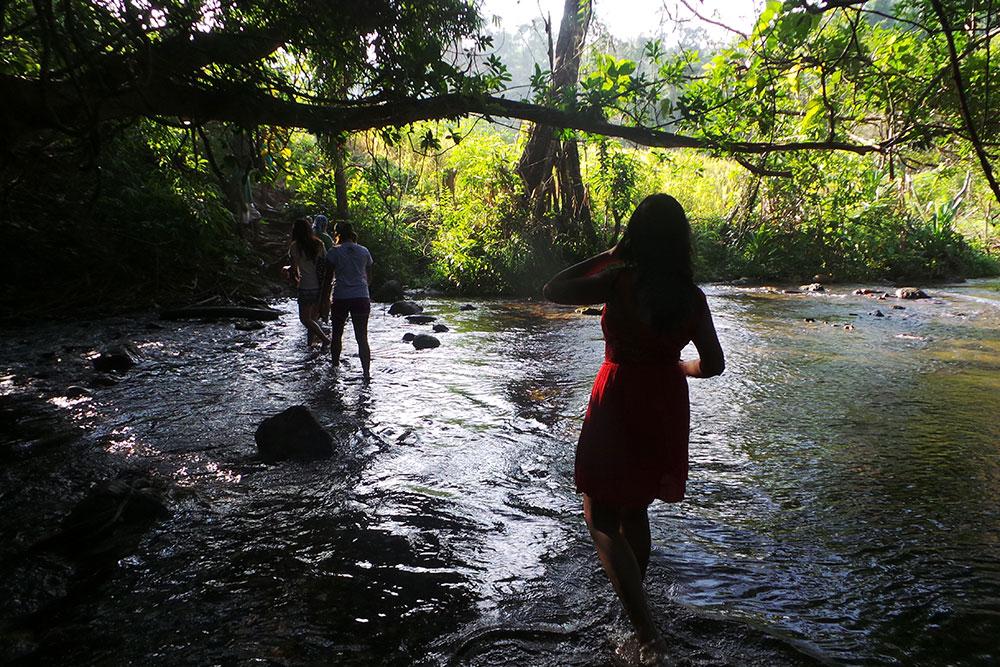 There was a track of what looked like that of a slithering snake but if it wasn’t that of such (a) reptile, then it was probably by your best friend who’s about to perform an act of perfidy (or already did). 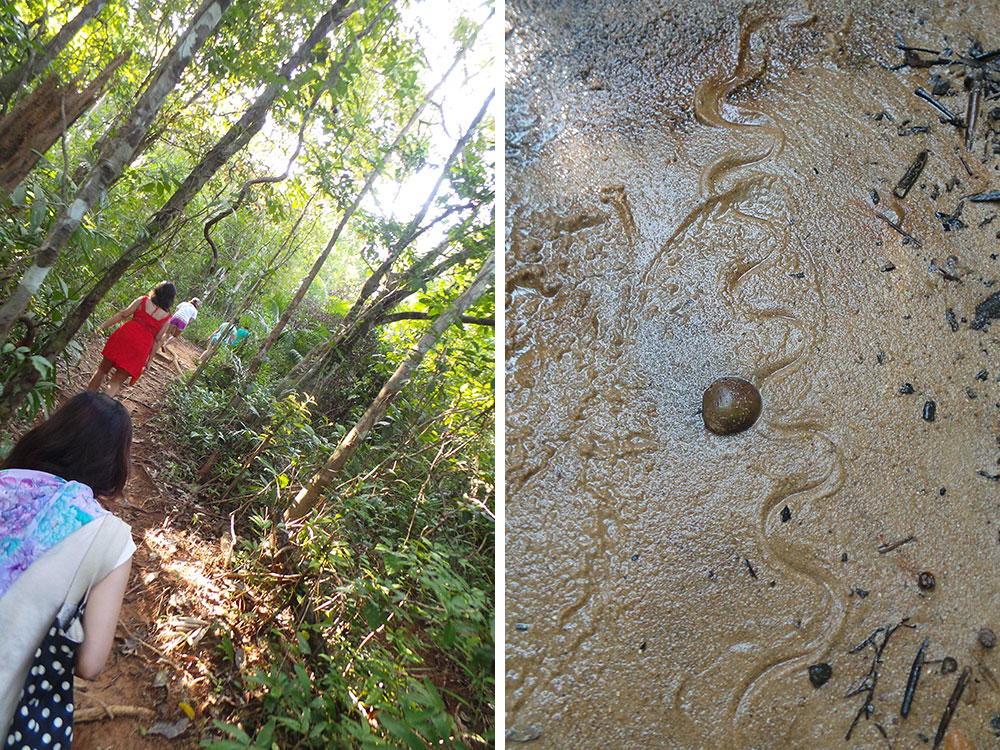 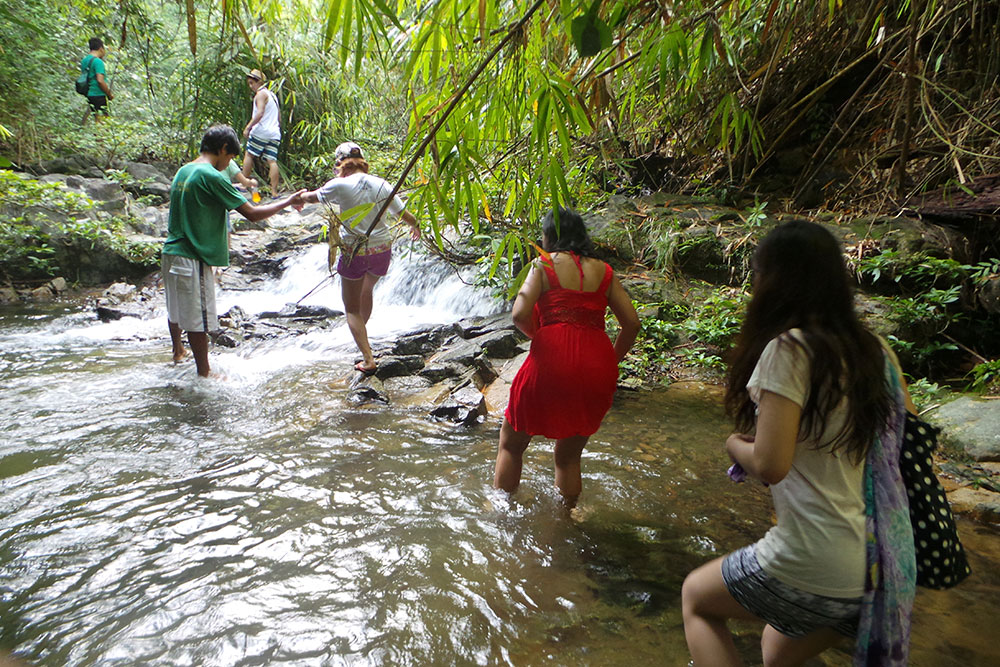 You know what they say: still waters run deep. #mema 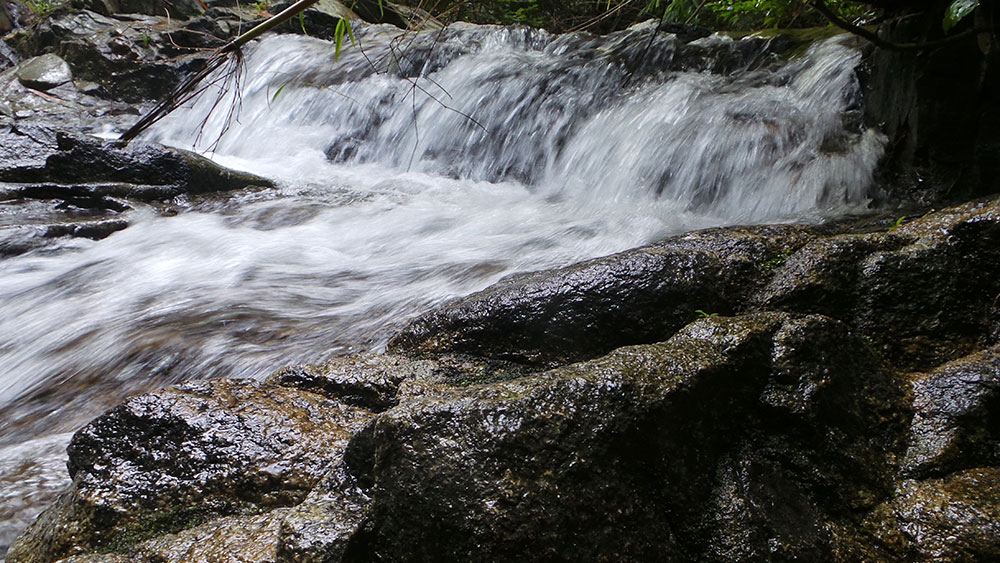 In less than 40 minutes we reached Nagkalit-kalit Falls and since he who hesitates is lost, I took off and jumped into the water without shilly-shally. Because like beaches, waterfalls shouldn’t just be looked at. (Well, at least for me.) 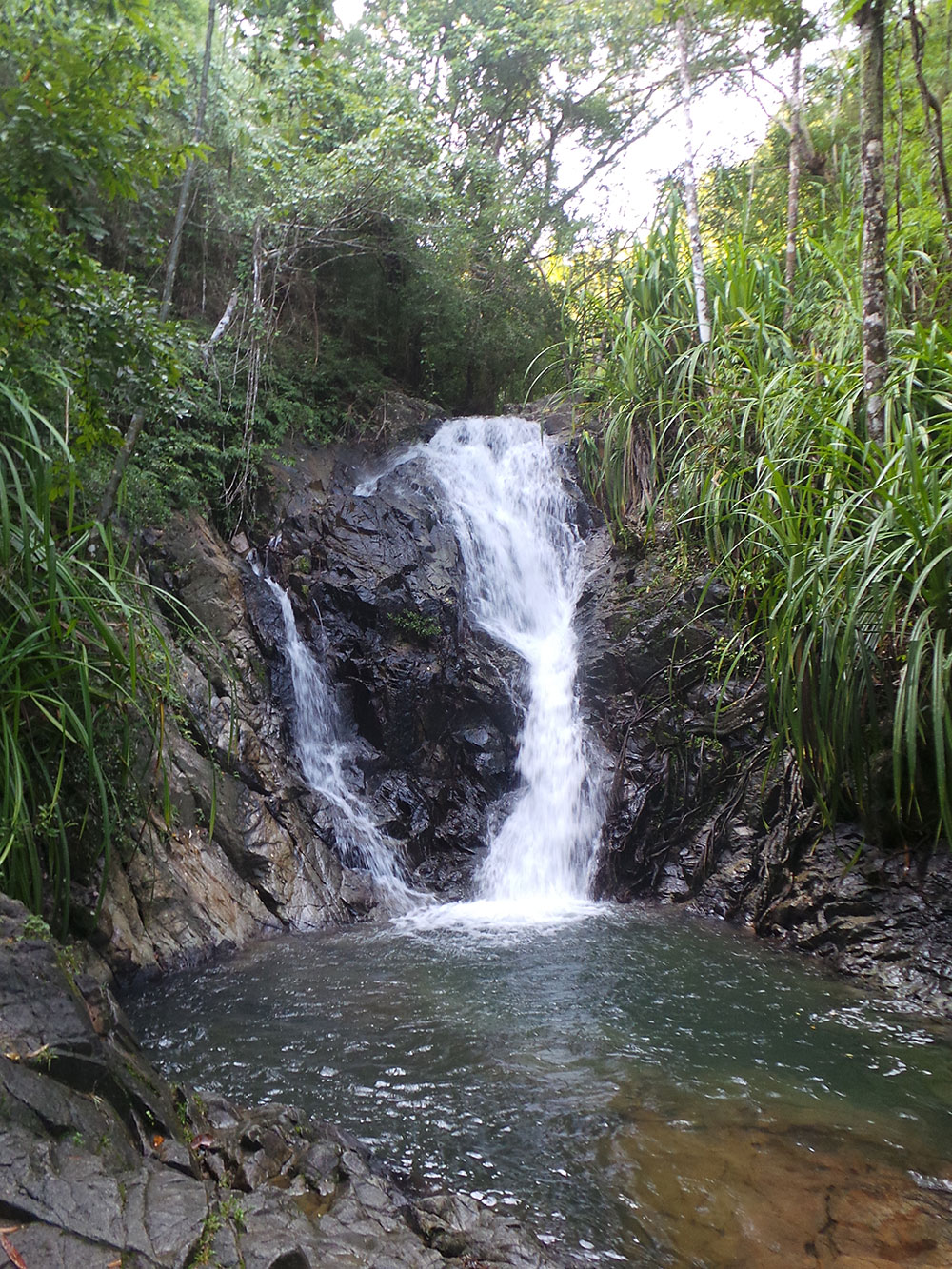 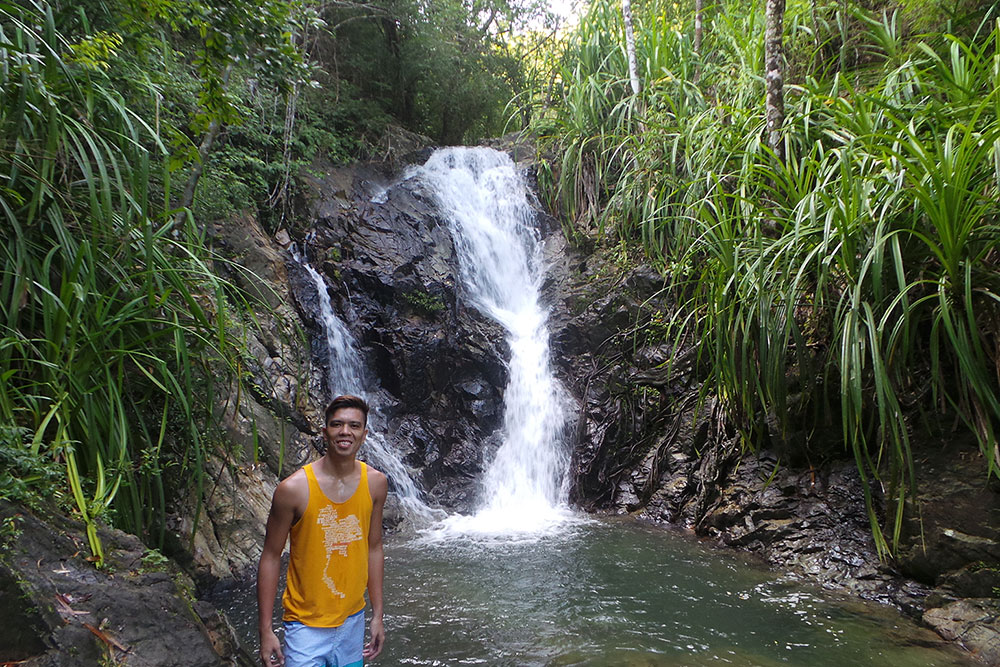 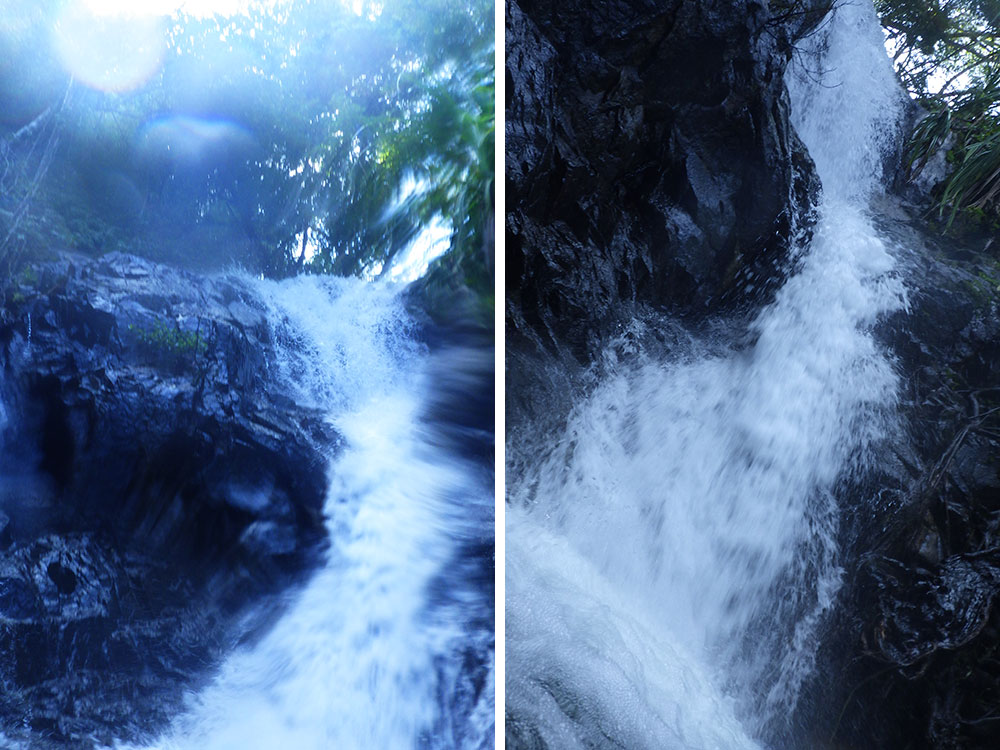 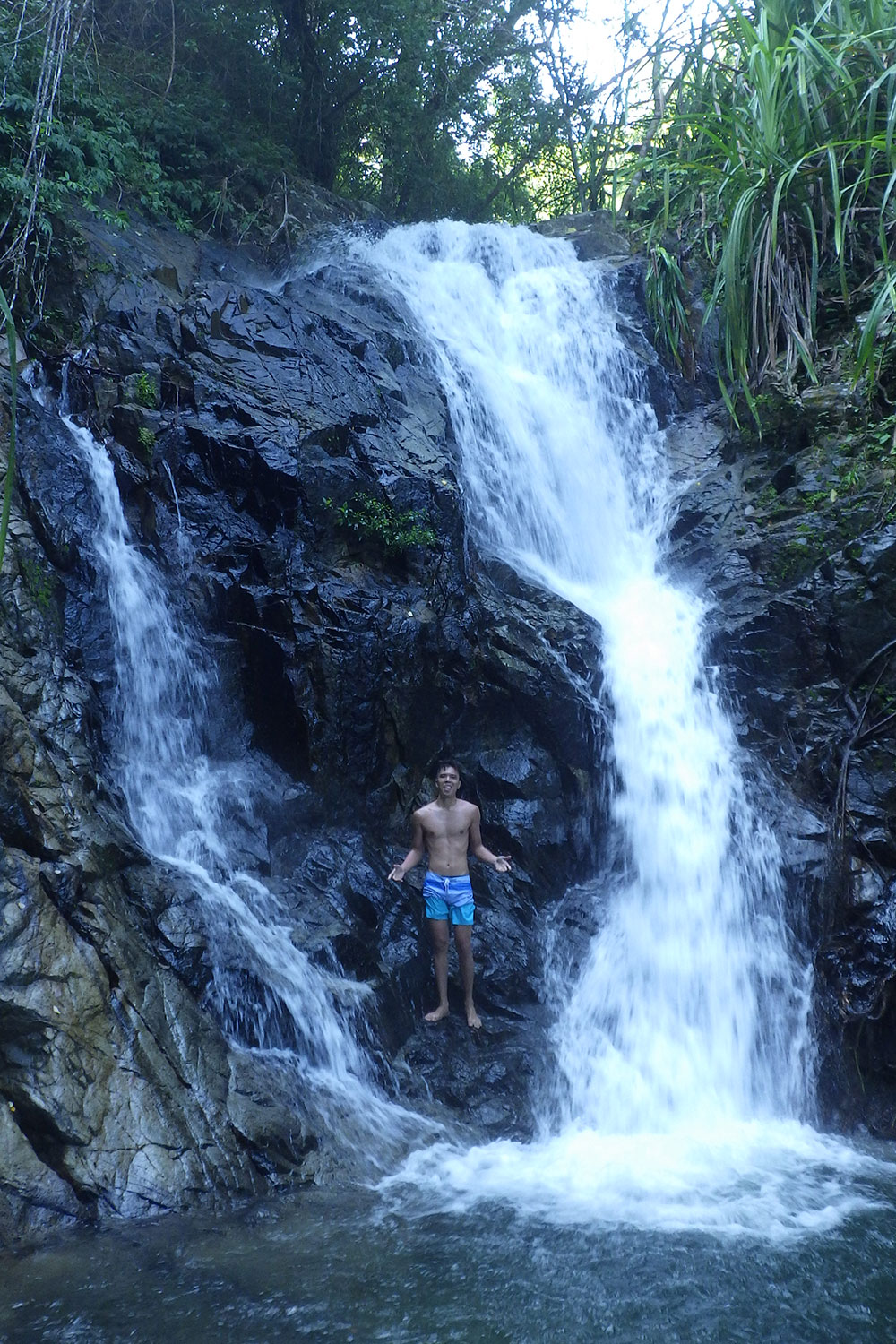 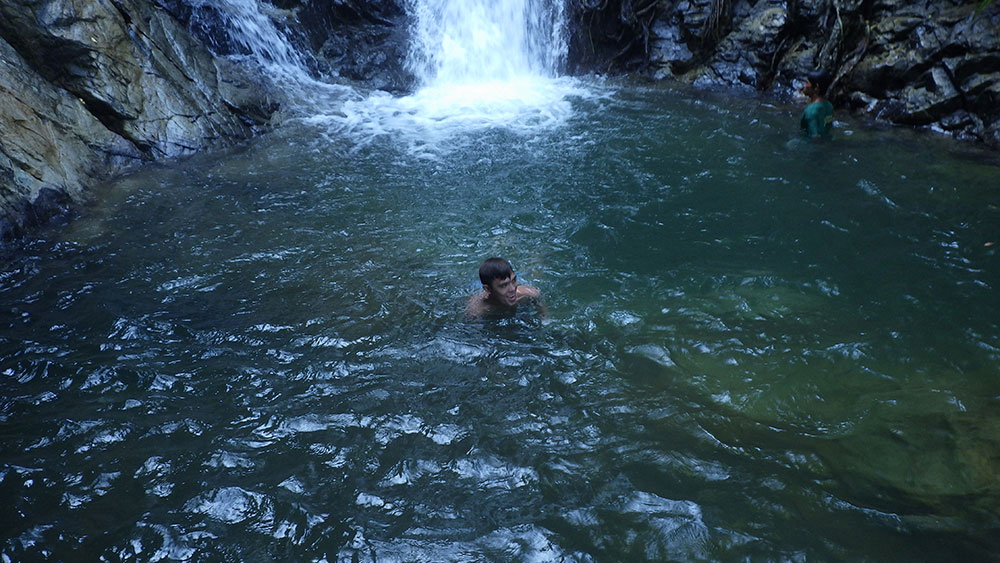 Like other waterfalls, Nagkalit-kalit Falls provides free massage with no extra service. 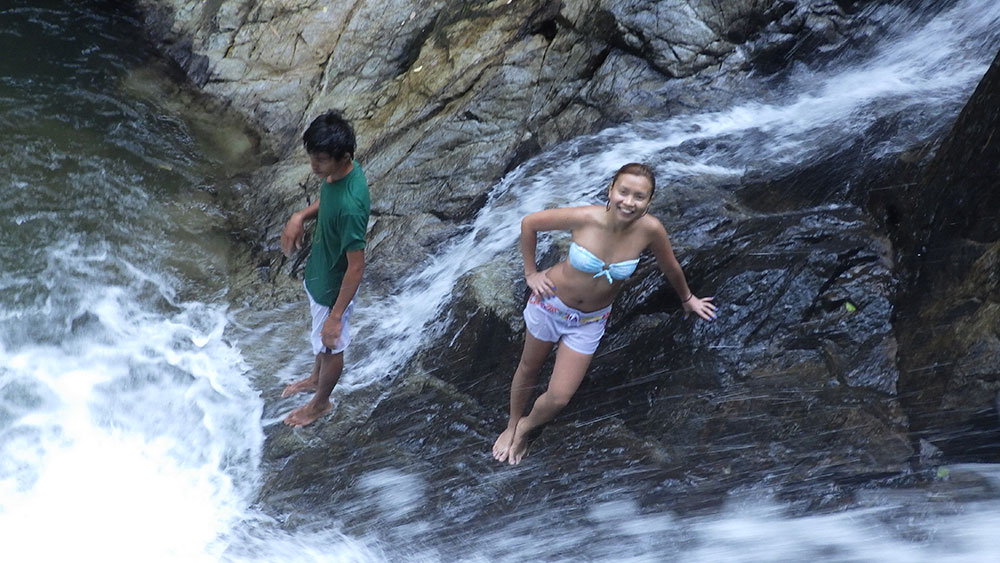 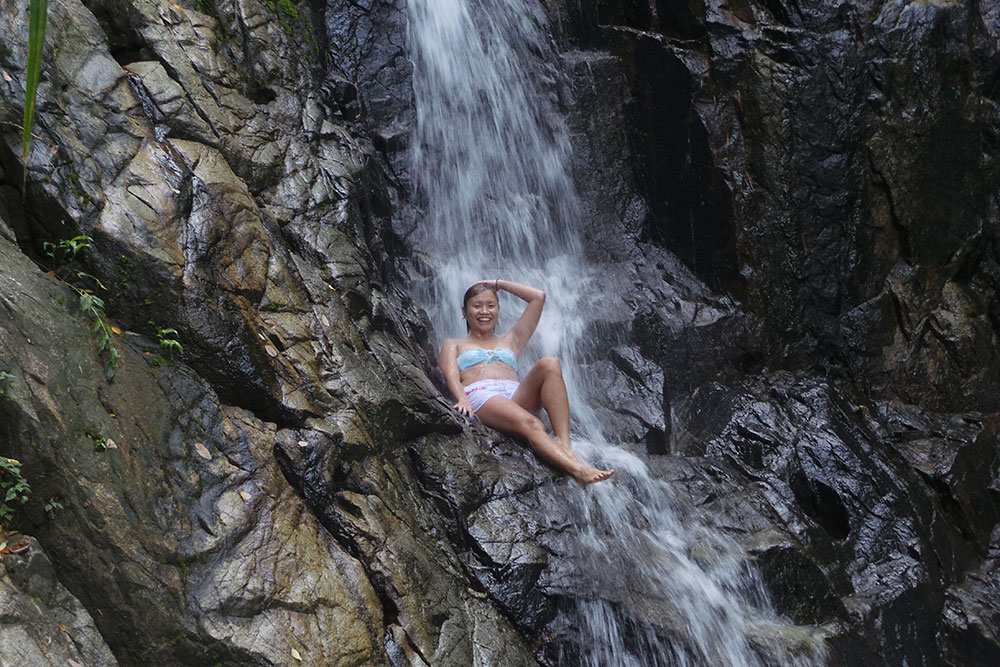 Our tour guide demoed where we could cliff jump so who were we not to do it? Gehee. 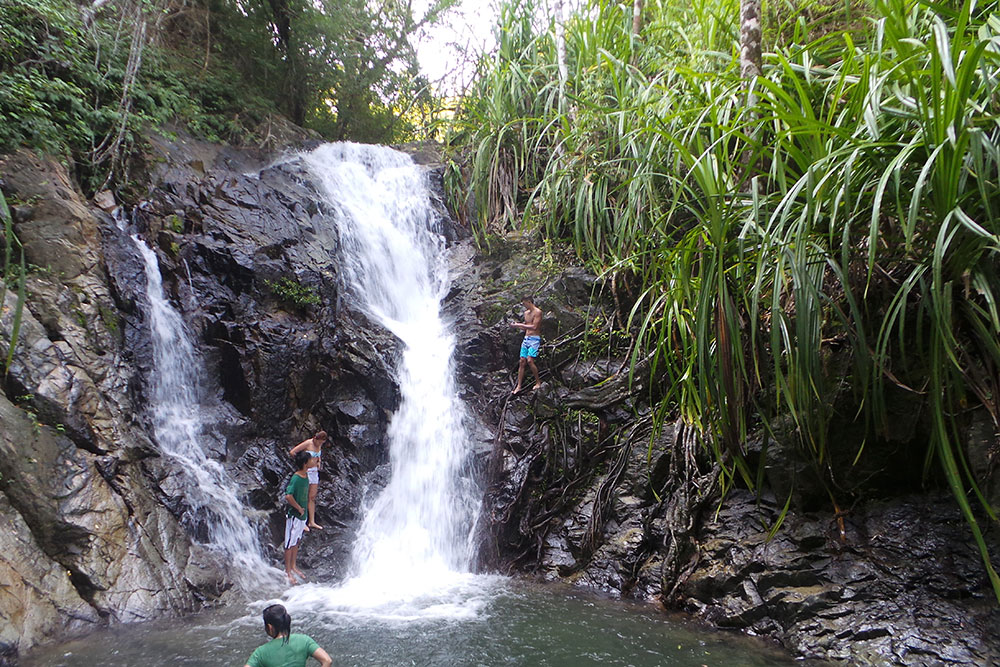 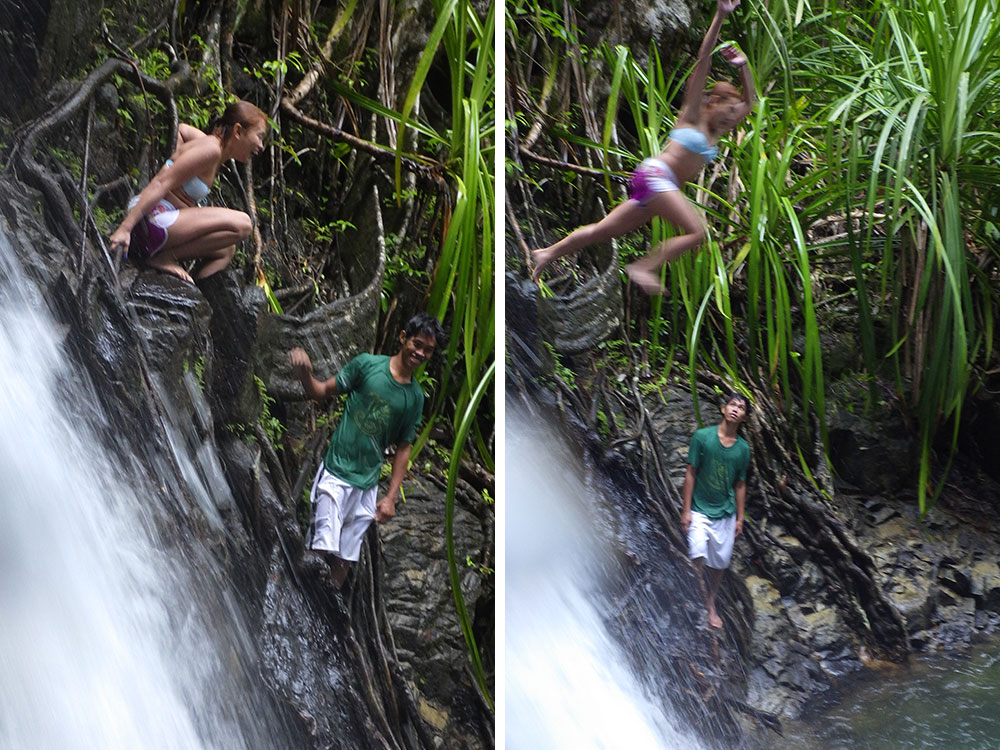 There were only three of us who indulged in the water and the rest were just onlookers, which was actually nice in that we had a dry maniniyot for some mowdel-mowdelan. 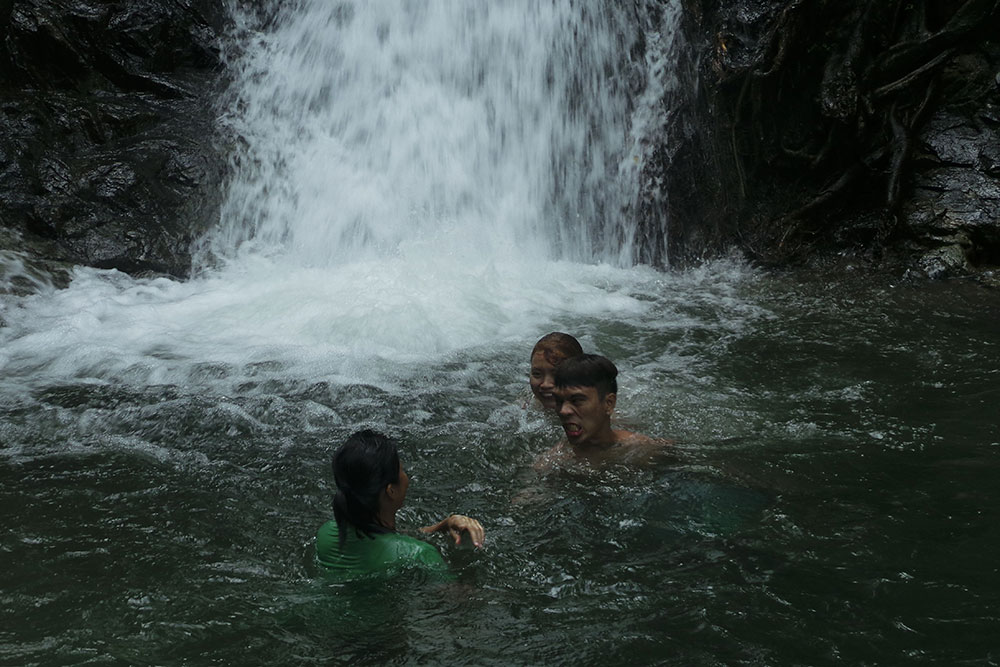 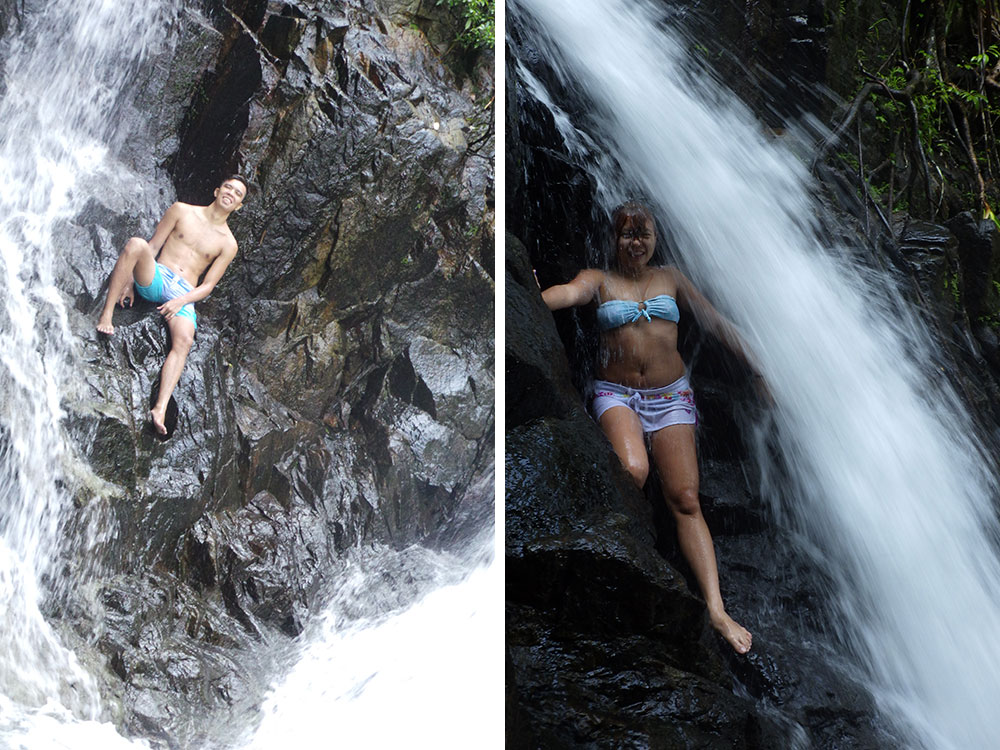 And mind you, our background below looks like the Devil’s Snare. 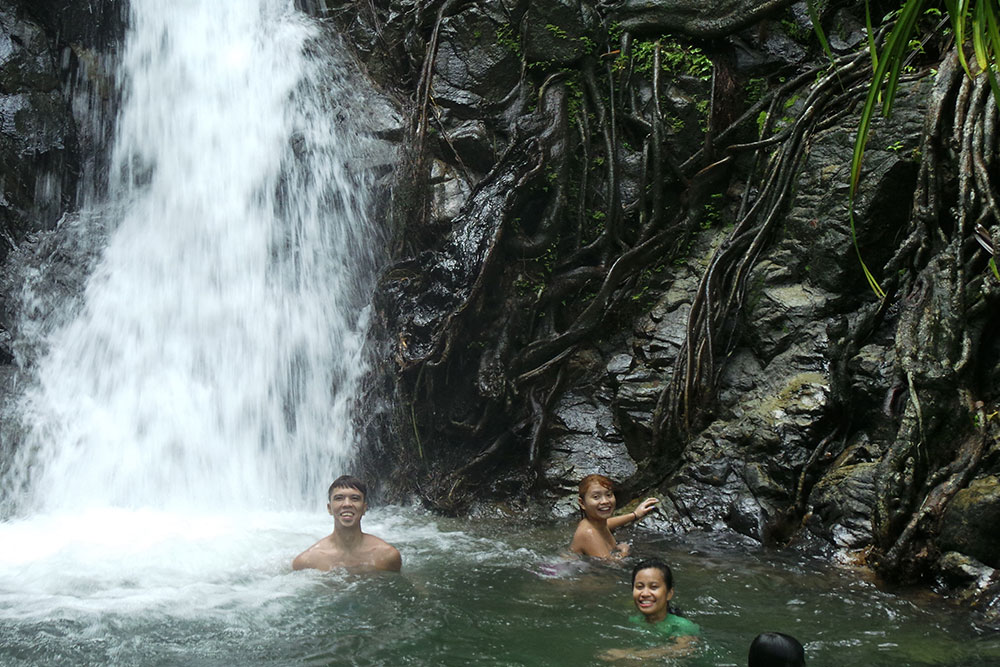 We only stayed for approximately 30 minutes but it was more than enough as we had the place to ourselves; a foranger came by but just added to the audience impact. 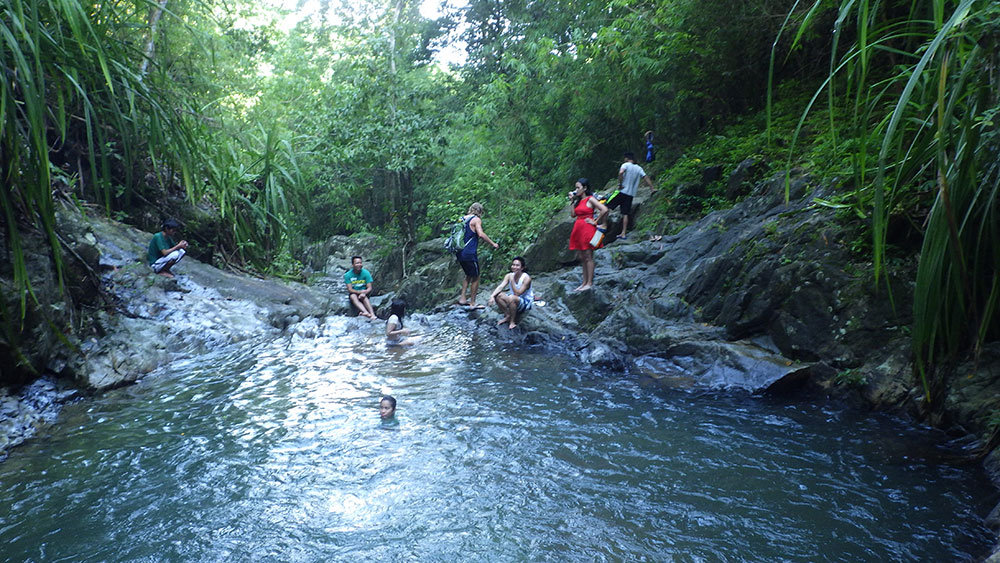 We retraced our steps through the wilderness called life and were back on the road a little past nine, about an hour after we arrived at the waterfall. 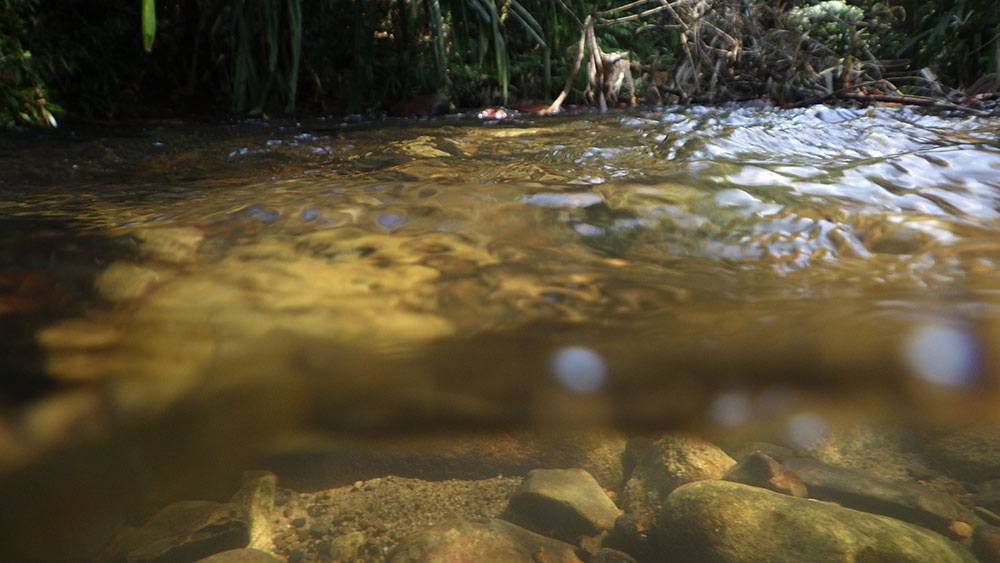 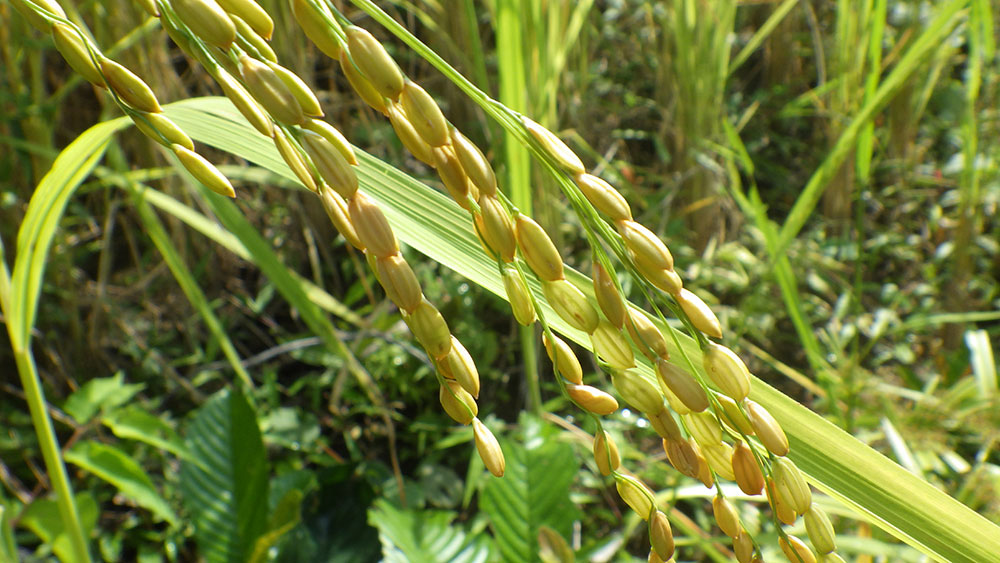 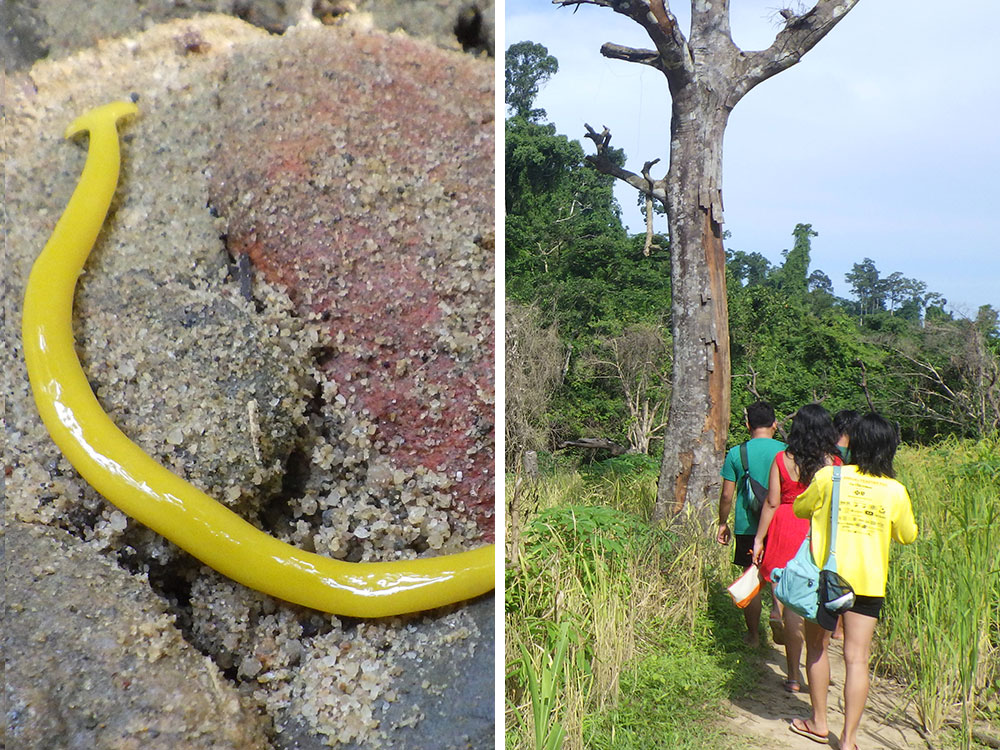 When in El Nido, you might as well get wet at Nagkalit-kalit Falls and be the early birdies (what’s new) at it. The hike was not like going to Igpasungaw Falls where slippery rocks offer you the opportunity of going with the flow. Malayo sa atay. We were on our way to Nacpan Beach when we visited and were lucky the torrent was substantial.