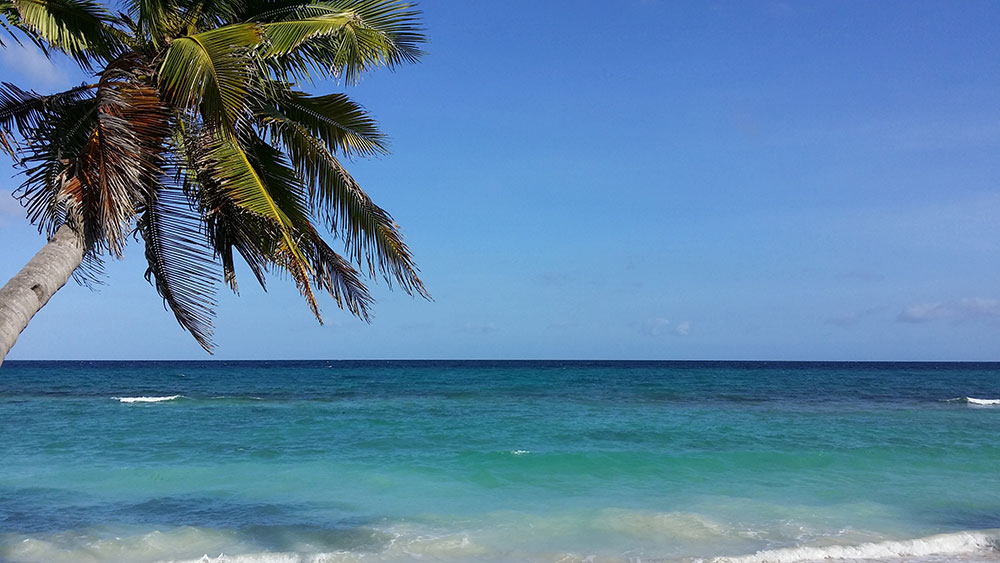 Carabao Island, locally known as Hambil, is a stone’s throw away from the famous Boracay Island, about an hour away from Caticlan, Aklan. Like Boracay (and Hinugtan Beach at that), it boasts the same powdery, white sand but is more tranquil and clean!

We took an air-conditioned Ceres bus from Tagbak Terminal in Jaro, Iloilo City at 5:30 PM and arrived in Kalibo, Aklan around 9:00 PM. Regular fare was ₱250. Since pump boats from Caticlan to Carabao Island were only operating from 9:00 AM to 6:00 PM, we decided to stay overnight.

We went to the Kalibo Ceres Terminal at 4:30 AM to catch the first trip to Caticlan scheduled to leave at 5:00 AM. Fare was ₱100. The bus, which was non-air-conditioned, left a little late at around 5:20 AM that we arrived in Caticlan at 7:00 AM. We had breakfast at Andok’s while waiting for another friend who was coming from Boracay. Upon her arrival, we hired a tricycle to the port (₱20 per person) where boats going to Hambil are. The owner of Kameo Lodge advised us beforehand to take the boat M/V Ma. Celestial which will leave at 9:00 AM. 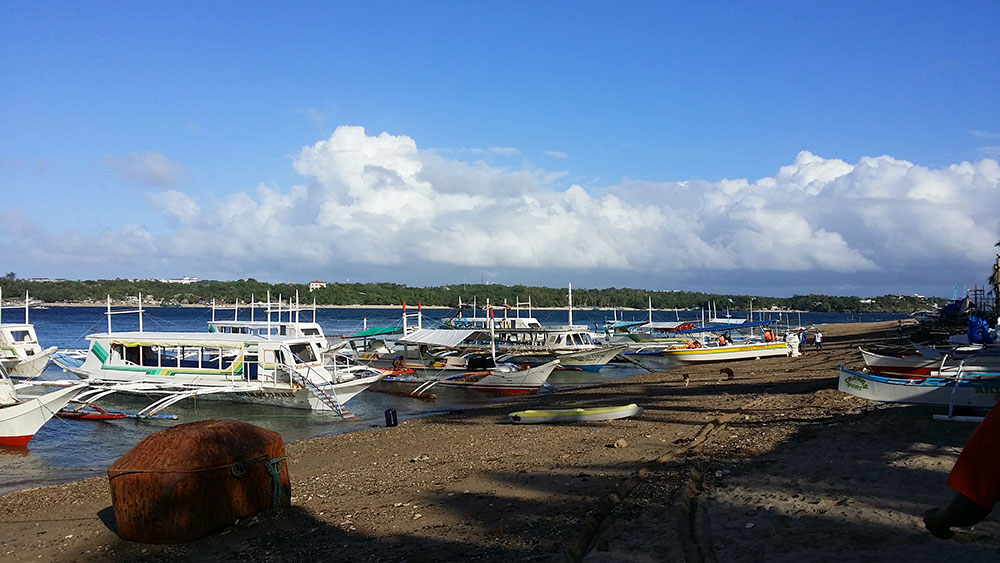 It was already 9:30 AM when we left and the sea was rough with huge waves. Nevertheless, the bangkeros were experts! 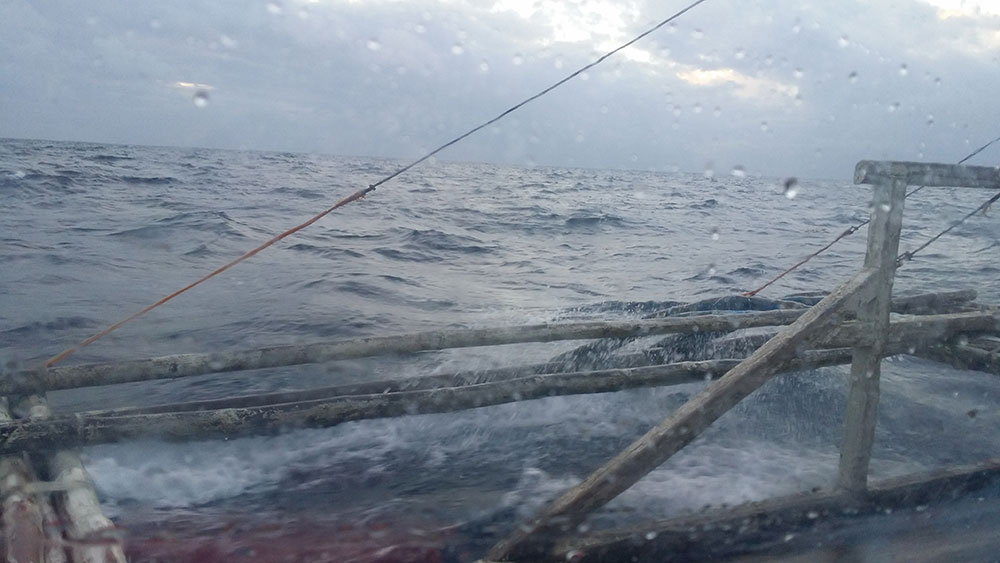 We arrived at Said Port in Hambil an hour after. The boat captain arranged motorcycles to bring us to Kameo Lodge for, again, ₱20 per person.

A week earlier, I was able to get in touch with the Kameo Lodge owner (via a friend who has worked on the island) for our reservation and time of arrival. Air-conditioned rooms good for four people cost ₱1,500 while fan rooms good for two people cost ₱500. The place is only a few steps away from the beautiful San Jose Beach. 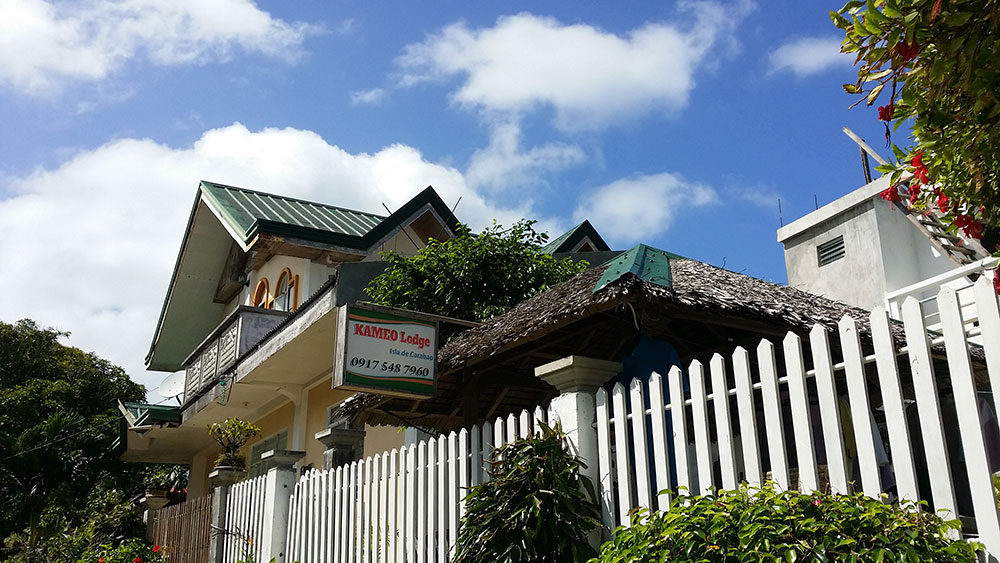 We took the air-conditioned room which had a big and clean bathroom. 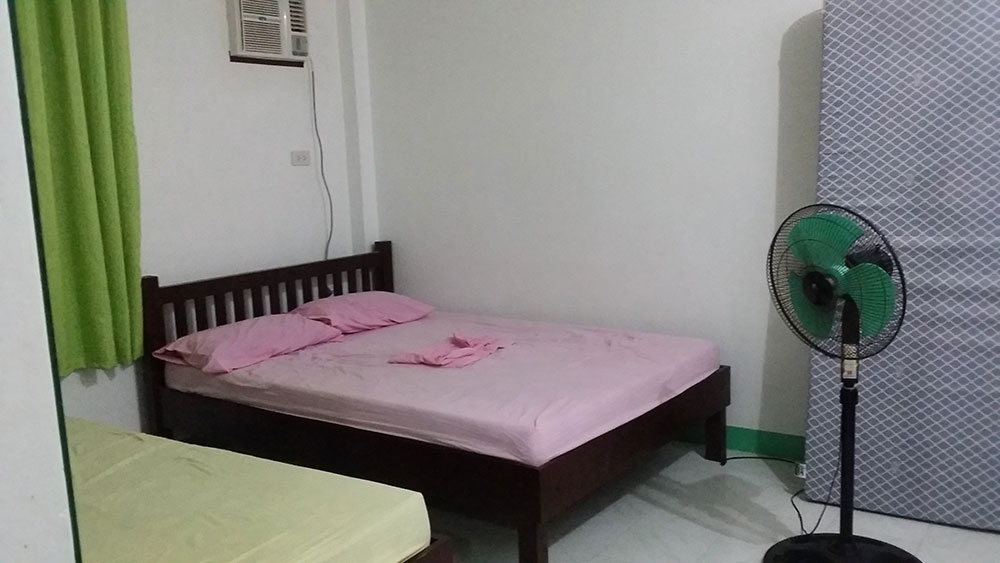 It was a beautiful and sunny day with the beach being picturesque thanks to its powdery sand and turquoise waters. Before taking a dip, though, we decided to tour the whole island first. Motorcycle rate for the tour was ₱250 per person per hour and only one passenger per motorcycle was allowed as the destinations have steep roads. 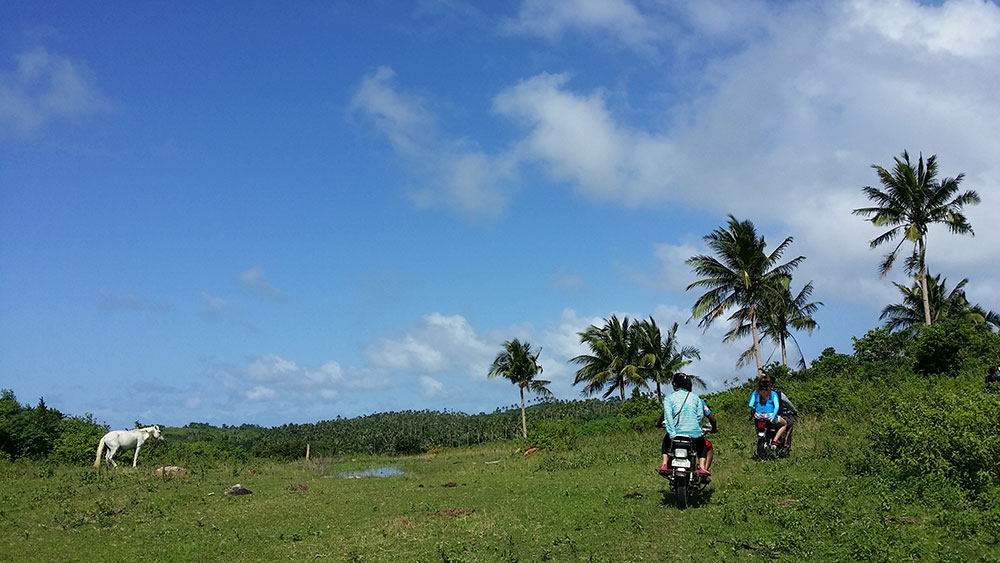 We were able to visit Tagaytay Point, Pokpokan Point, Lanas Beach, and airport site before capping off the tour with fresh buko, which cost ₱100 for six. 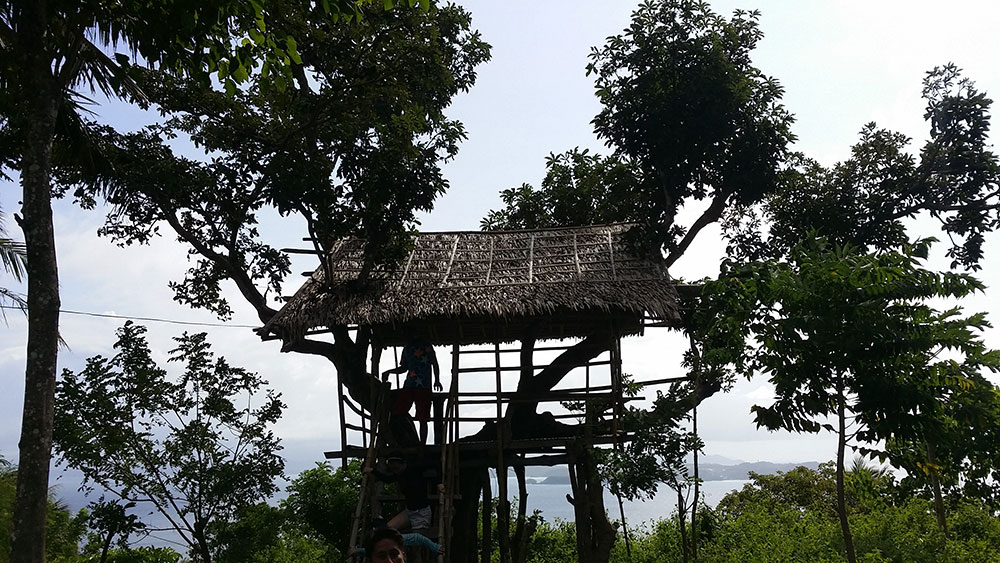 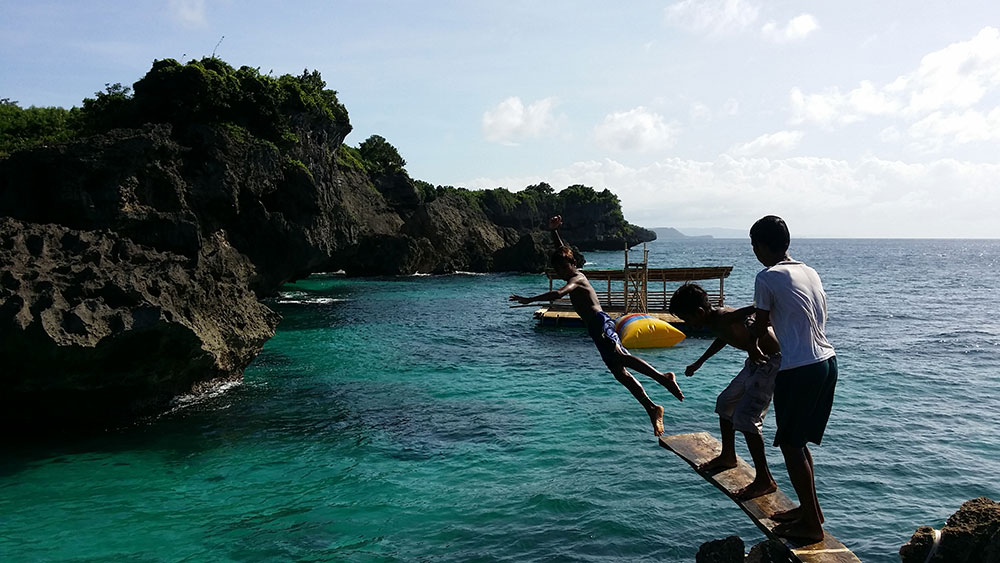 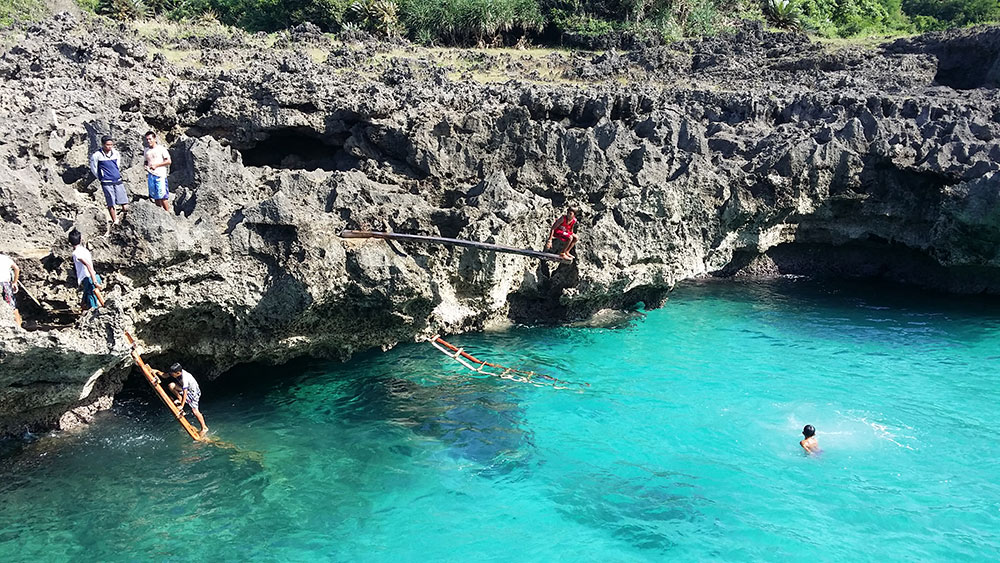 We savored San Jose Beach, being near the lodge, until sunset. 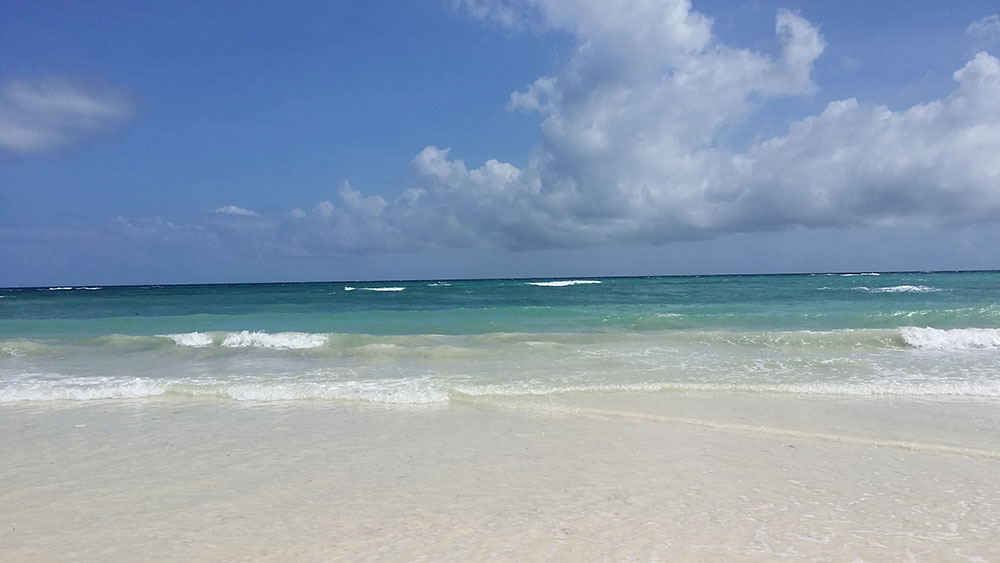 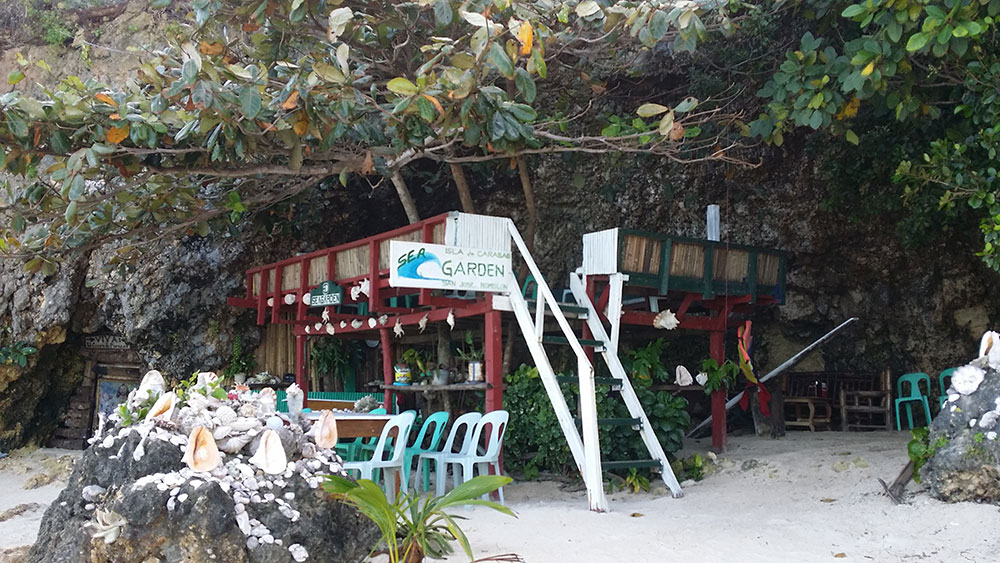 We had our meals at the local market eatery where the price of soft drinks caught my attention. A 12-ounce bottle cost ₱40! It’s probably because they have to transport them from Caticlan and electricity on the island is very limited. We only spent a night and went back to Caticlan first thing in the morning by taking a boat at 6:00 AM. Locals were already swarming the port that early.

Overall, Carabao Island is for tourists who want relaxation and peace. The beach is perfect for lounging and swimming. I would like to visit it again and add Tablas Island, another hour-long boat ride, to the itinerary.