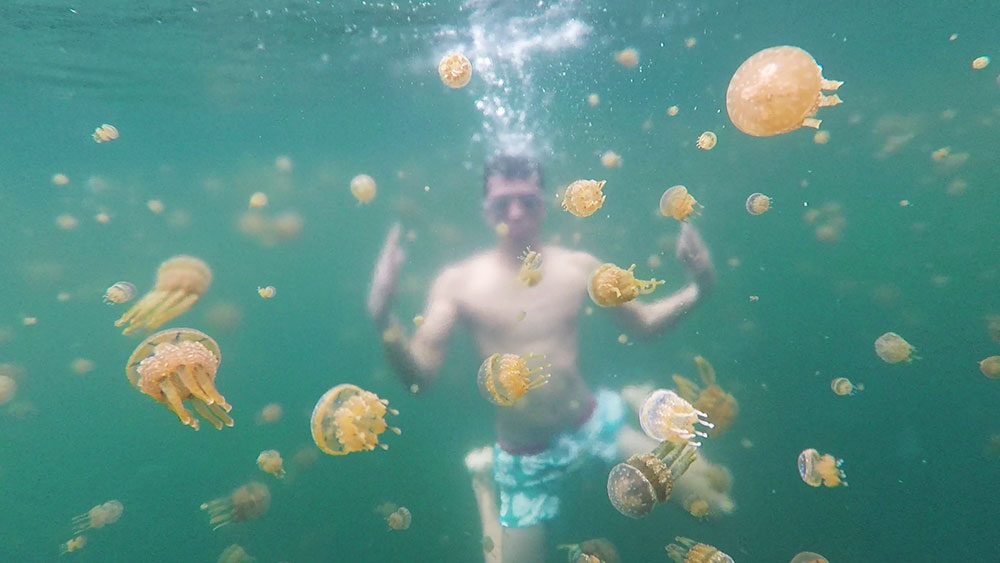 Bucas Grande has always been under my radar due to its proximity to my home province. When I fin’lly (wow, twang again) had the chance to visit it, what I actually had in mind was a typical island hopping activity. Apparently, you can also swim with stingless jellyfish in Sohoton Cove. (The use of “stingless” there may have been unnecessary. Who wants to get hurt, right?) My GoPro was still alive back then and the nasty little devils sure did a very good job in showcasing how much wonder there is beneath the surface.

Because the municipality of Socorro where Bucas Grande belongs to is adjacent to Siargao Island, Sohoton Cove is easily reachable via island hopping tours from Siargao (I only learned recently that there’s already one in Klook). In our case, our entry point was Hayanggabon Port in Claver, Surigao del Norte and from there we looked for an available boat that can accommodate our headcount. 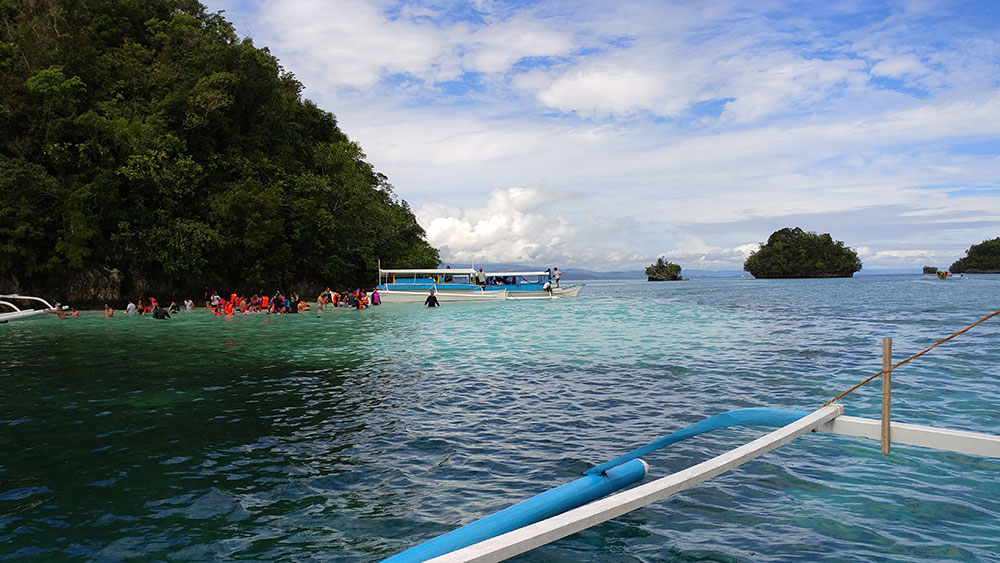 So as not to deviate from the main event, I’ll spare the details on a separate post on how we dropped by a fancy resort for sightseeing (I’m not really a fan of expensive stuff so I didn’t get its name) and went spelunking. 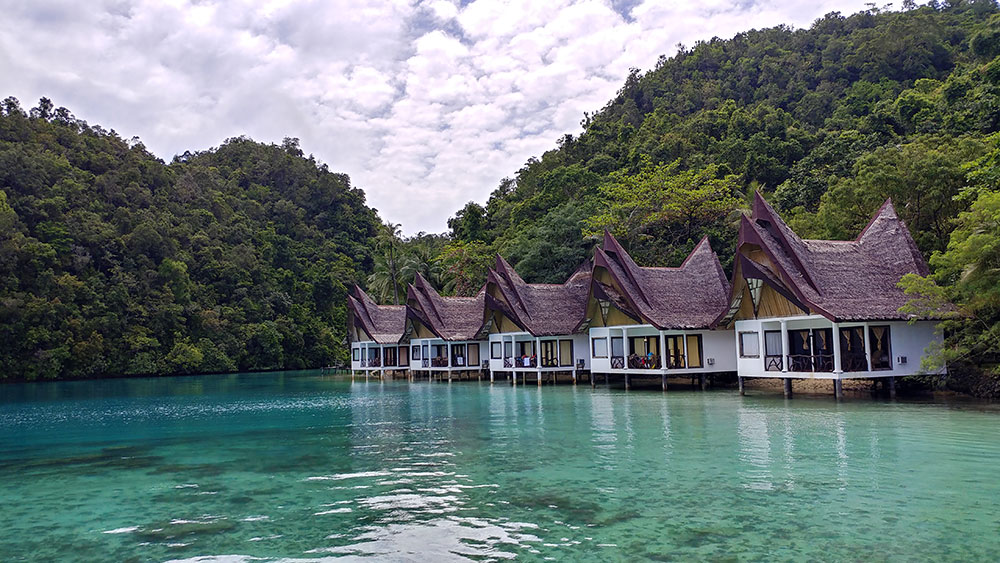 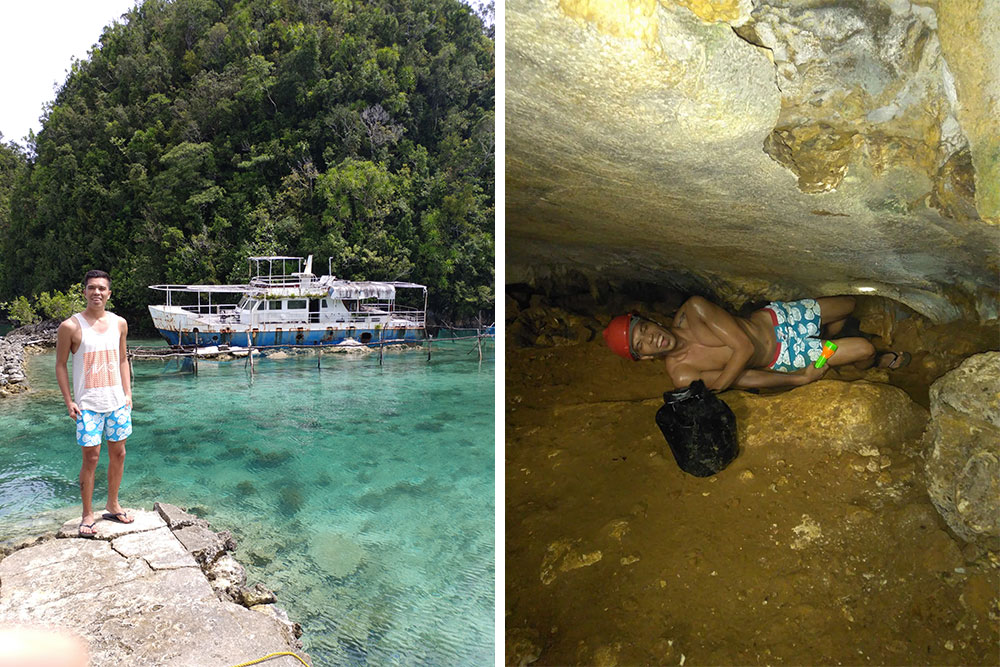 Touring Sohoton Cove is regulated so we transferred to smaller boats (this may not be the case when you’re coming in from Siargao) in order for us to proceed and explore islets, lagoons, and limestone caves. There was even a cliff jumping spot. It’s not that high of a jump but to get to it you need to go through a cave. So instead of retracing your steps, you might as well exit through the platform by jumping into the water. 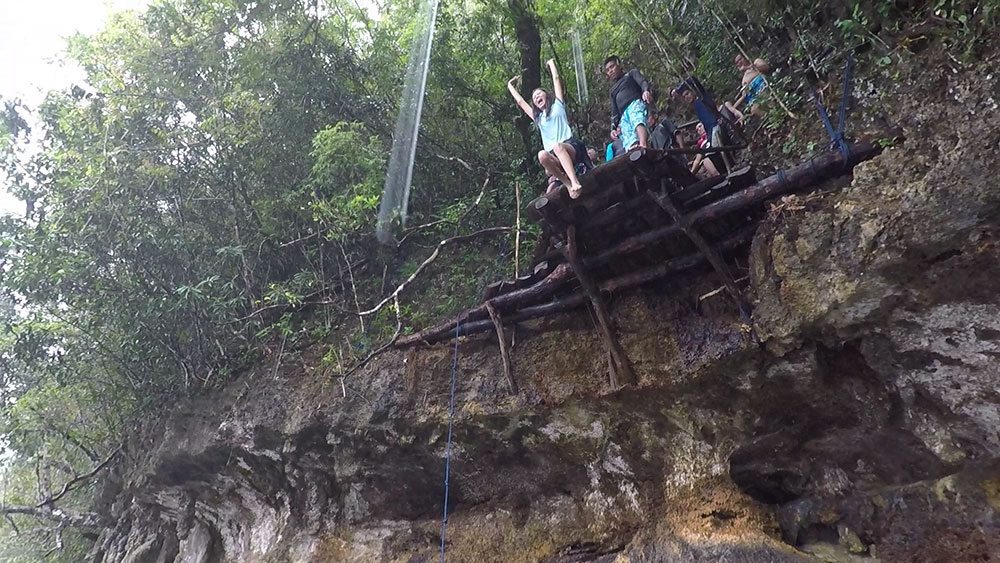 Before we headed back to our main boat our boatmen asked if we were interested in getting intimate with jellyfishes. We needed to pay extra as it wasn’t part of what we paid for but that was immediately out of the question as my eyes were already gleaming just from hearing it. It’s something you should never miss; it’s out of this world. 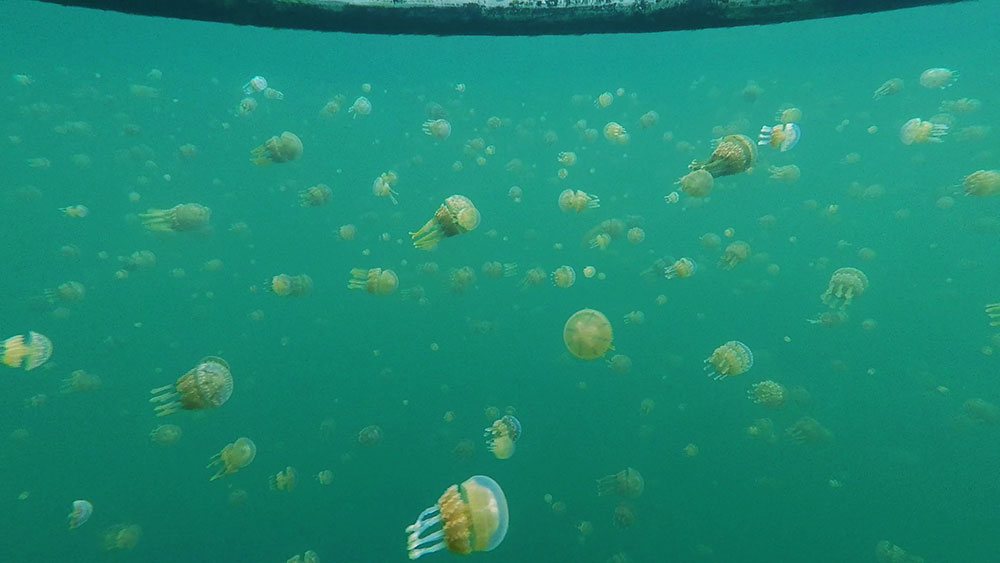 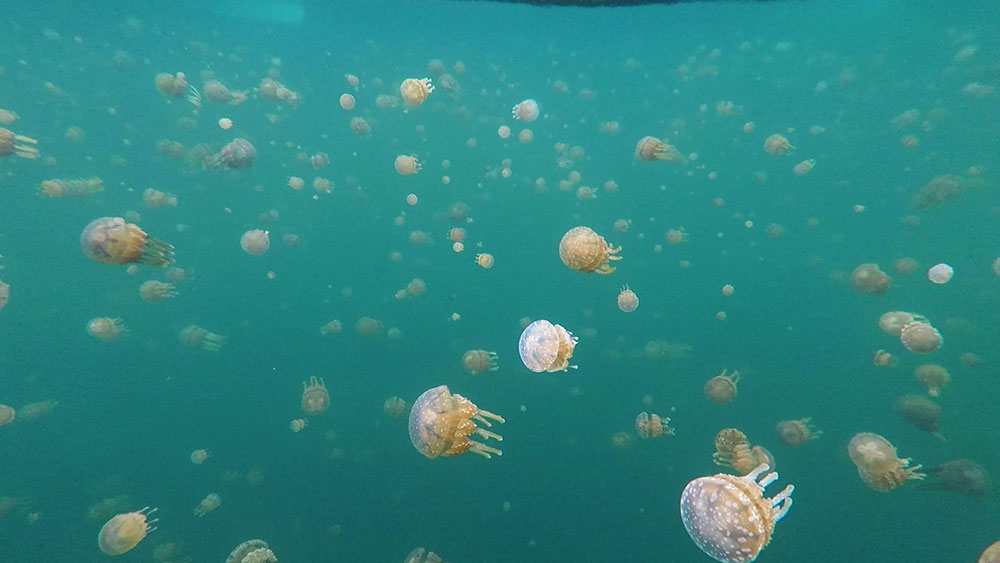 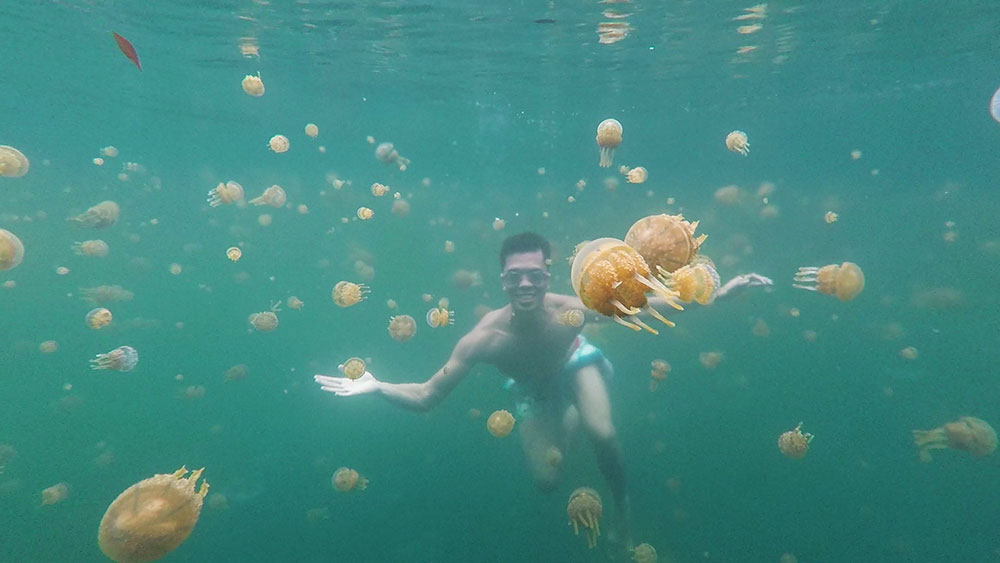 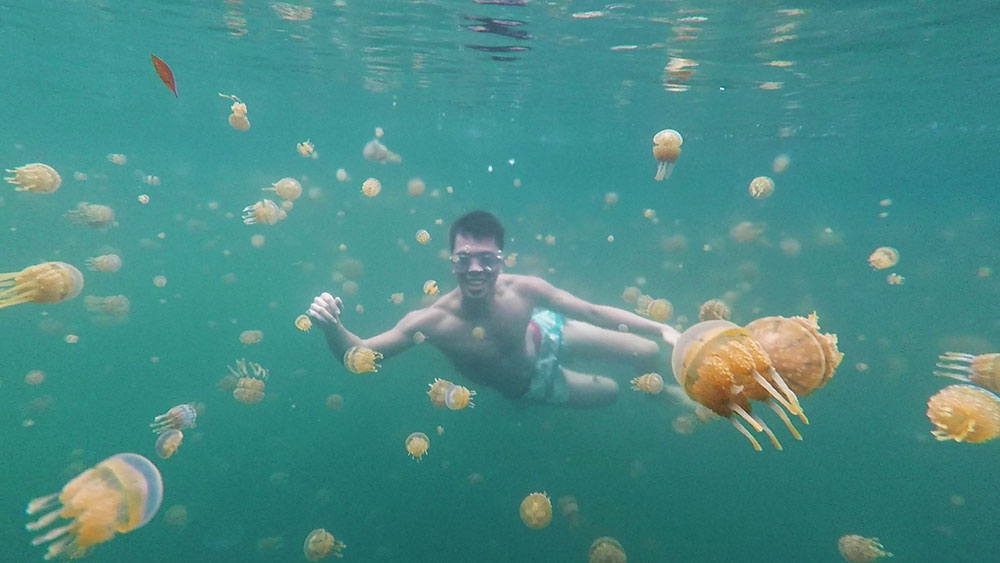 As they may not be provided, make sure to bring goggles if you have a pair. Or better yet, a mask and a snorkel. Believe me—and I take it that the photos so far are enough proof—that the experience is absolutely not the same when you’re just observing the critters from the surface. Had I known beforehand, I would’ve even brought flippers (not sure if they’d allow them though since using them might be harmful to the jellyfish). 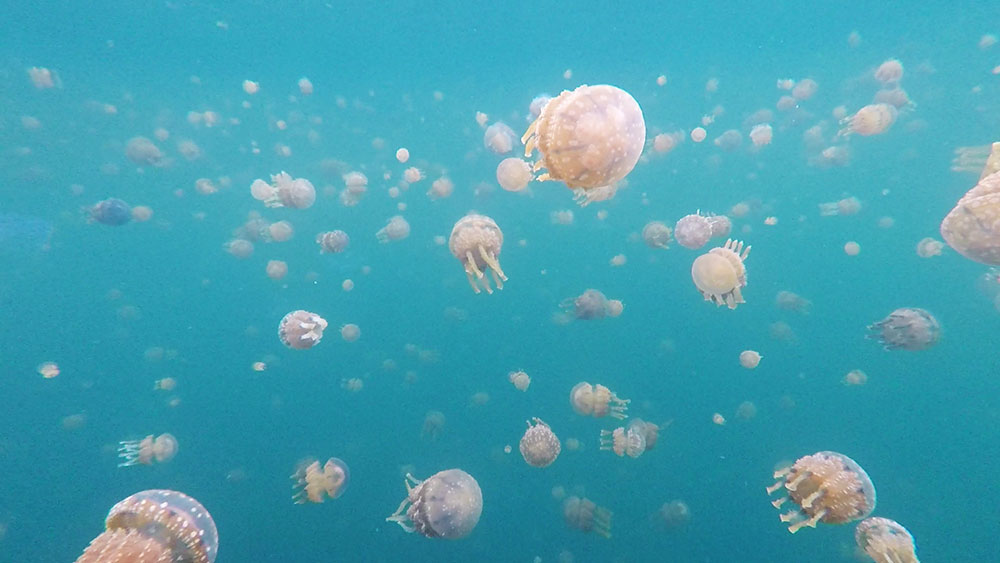 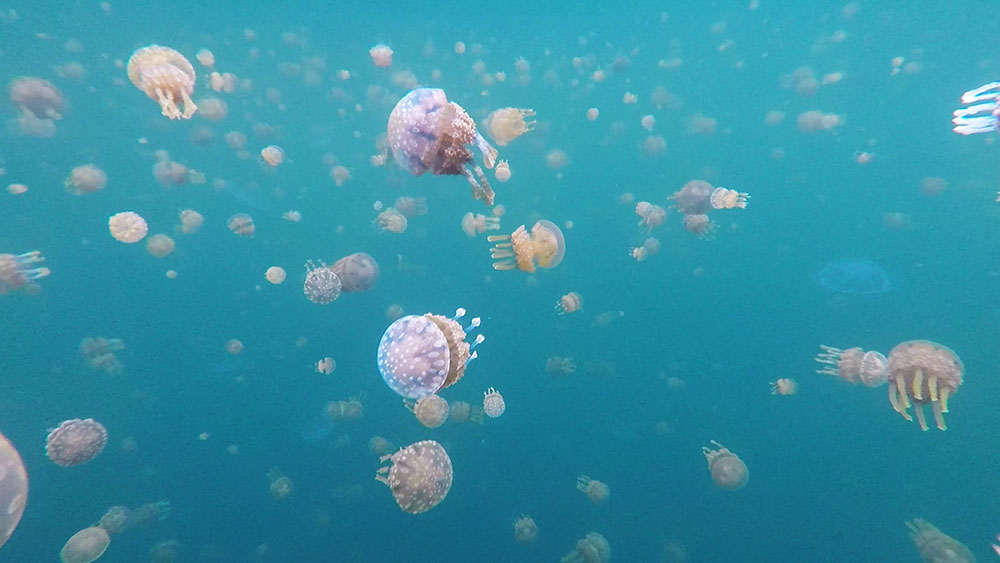 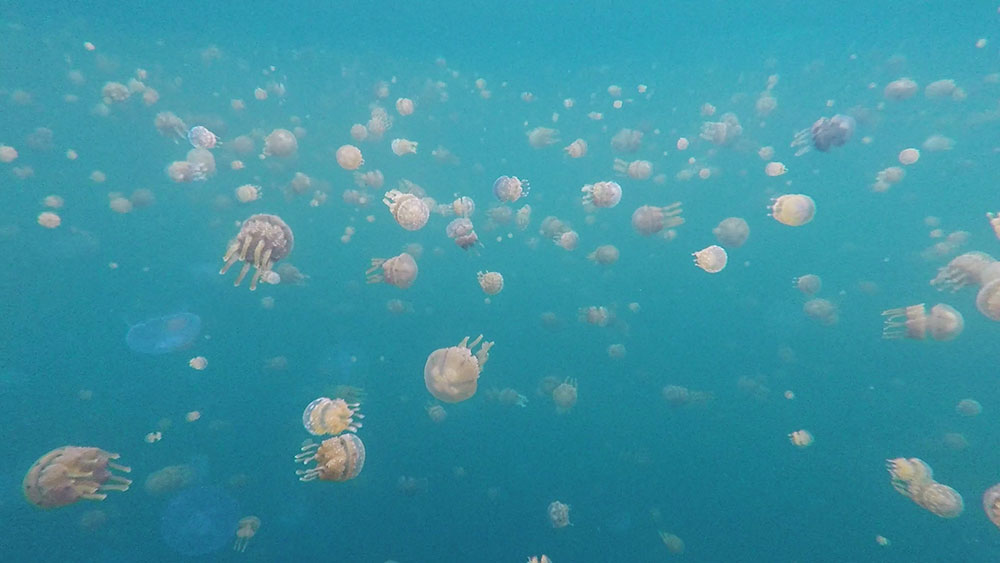 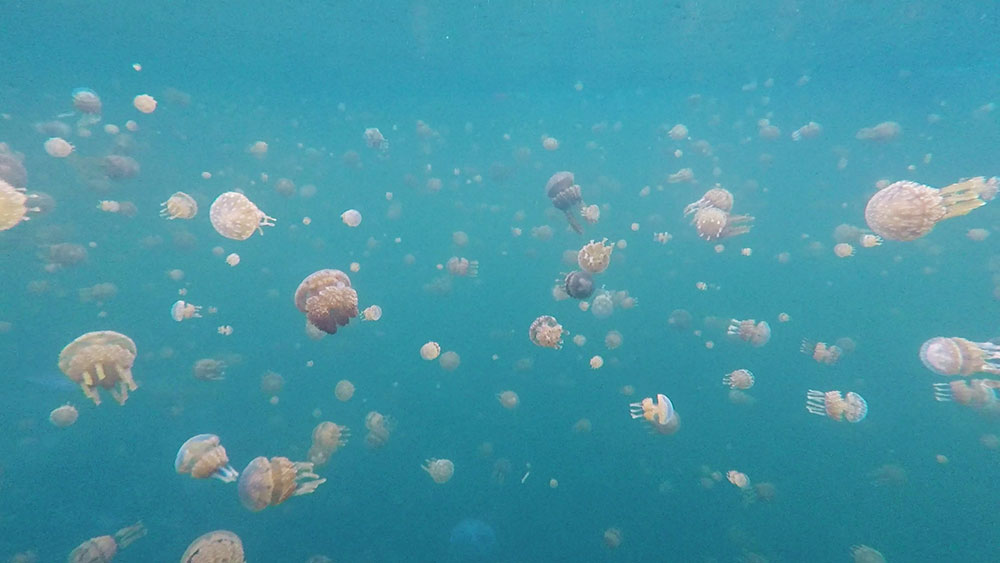 If you have an underwater camera that has a wide-angle lens, use it not just for photos but for videos as well. I would say that the best way to do the latter would be to swim around. You’ll see how wicked it’ll appear and feel in the video below. 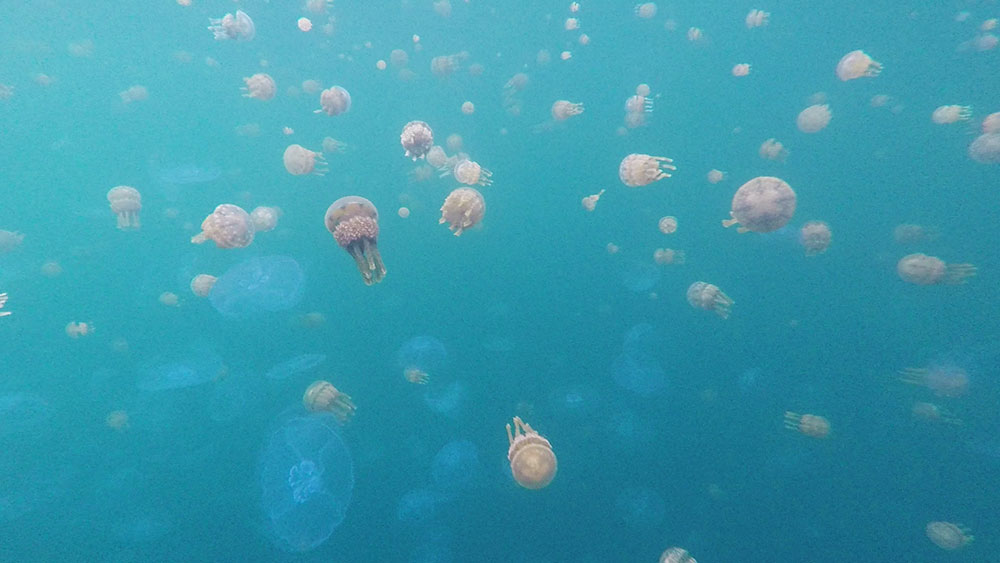 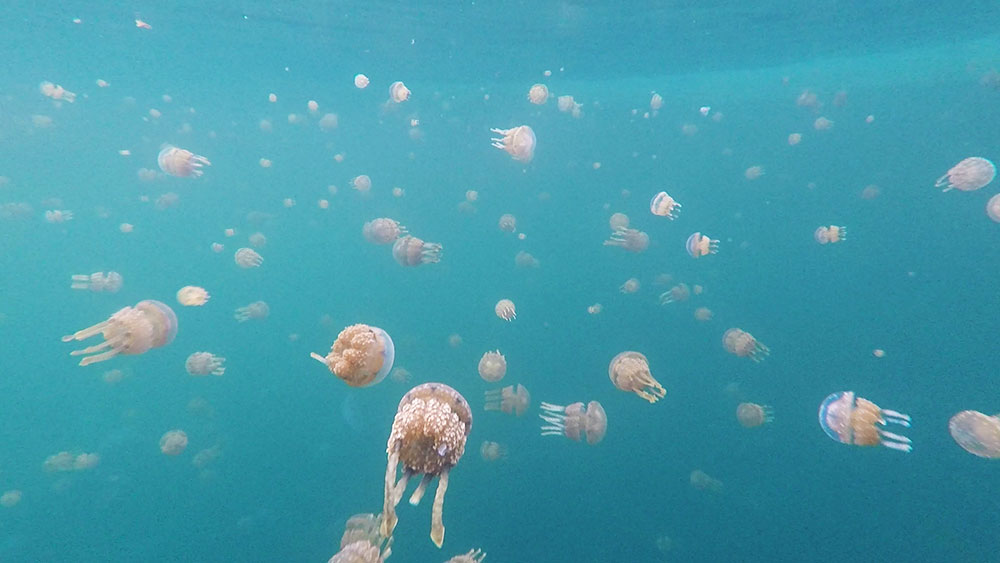 The stingless jellyfish in Sohoton Cove is not one of a kind. There’s Jellyfish Lake in Palau and a similar lake with the same name in Kakaban Island in Indonesia. It wasn’t a lake in Sohoton though so it’s likely that there will be times that the magnificent creatures aren’t around. But hey! It’s definitely a cheaper option for the same (or even better?!) experience. We went in the month of April and herewith is the hullabaloo. Volume up for unearthly sounds!